Was this article useful?
Click the thumbs up >
Subaru has awarded four dealers with its regional used car dealer of the year award.

Holdcroft Subaru of Brunswick Street in Newcastle, S&S Services in Ayr, Cross Roads Garage of Tredington in Shipston on Stour and Slip End Garage in Luton have been named Subaru’s regional winners for its used car dealer of the year.

The competition is held annually within Subaru’s network of over 90 'approved' dealers which are marked on the quality of their used car display and professionalism of service given to the used car customer.

Tom Vause, used car manager, Subaru (UK), said: "Competition throughout the Subaru dealer network was extremely high with all Subaru dealers scoring highly in the categories. This gives customers absolute confidence in any used car purchased from a Subaru Approved dealer but Holdcroft Subaru has proved to be the best of the rest." 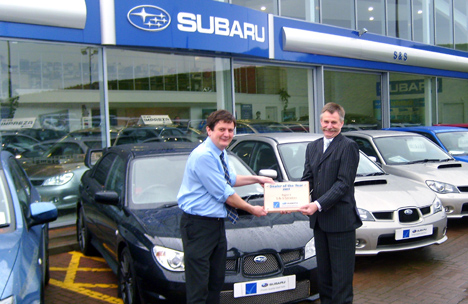