Honda is including what it calls an ecological drive assist system (EDAS) on its new Insight hybrid, which goes on sale in spring 2009.

The new system features three functions to help drivers increase fuel economy. The Econ mode controls the engine and there’s a display on the speedometer which changes colour from green to blue called an “ambient meter”.

The ambient meter is the background colour behind the speedometer display that changes to indicate real time fuel consumption. It displays a green colour when fuel-efficient driving is being achieved: a blue-green colour when relatively fuel-efficient driving is being achieved with smooth acceleration and deceleration; and a blue colour during heavy fuel consumption.

There’s also a feedback scoring function which provides information on driving techniques after each journey. 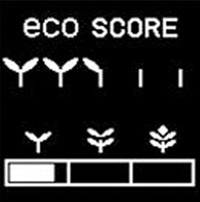 The scoring function provides feedback through graphic ‘leaves’, which ‘grow’ over time as drivers learn and then implement a smooth driving style that boosts fuel economy. The visual nature of the scoring function display makes it easy and enjoyable for drivers to improve the efficiency of their driving skills over time.

John Kingston, government affairs and environment manager at Honda (UK), said: “Hybrid technology delivers great fuel economy and low emissions, but these can both be affected by driving style.

Honda has already announced that the five-door family car will be significantly lower in price to any other hybrid on the market, making petrol-electric technology accessible to more people.

A production version of Insight will be unveiled at the Detroit Motor Show, in January 2009.