Forester is top safety pick in US

Was this article useful?
Click the thumbs up >
Subaru's new Forester has been praised in the US for its safety features, winning top marks for side, rear and offset frontal impact-protection.

The Forester won the Insurance Institute for Highway Safety's '2008 Top Safety Pick' award. Despite being praised in the US, the Forester will not be taking the Euro NCAP test.

Dealers will have to hope the American award will be enough to convince UK drivers of the Forester’s safety capabilities.

Lawrence Good, managing director of Subaru (UK), said: "The tests by the Insurance Institute for Highway Safety are respected worldwide and it is also worth noting that both the US and UK Foresters are Japanese-built and therefore share the same basic potential life-saving features."

Adrian Lund, Institute president, said: "The performance of the Forester underscores Subaru’s commitment to delivering state-of-the-art safety to its customers.

The Institute’s frontal crashworthiness evaluations are based on the results of a 40mph offset accident, while the side impact is measured by a moving barrier colliding at 31mph. Rear crash protection tests a stationary vehicle’s head-restraint and seat effectiveness at an impact of 20 mph. 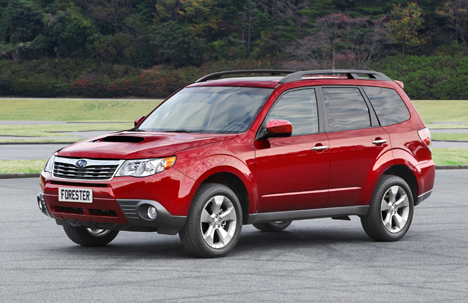