Was this article useful?
Click the thumbs up >
Volkswagen has revised its 3.0-litre V6 TDI diesel engine for its Touareg range.

The 3.0-litre diesel accounts for 68% of all Touareg sales and has been retuned to give it a power boost of 13bhp to a total of 238bhp and the available torque from 369 lbs ft to 406 lbs ft.

Despite the enhancements, carbon dioxide output has dropped from 278g/km to 262g/km.

The 3.0-litre V6 engine is linked to a six speed tiptronic gearbox and four-wheel drive.

The new engine will be available in three trim levels – Touareg, SE and Altitude – all of which come with a comprehensive list of standard equipment. 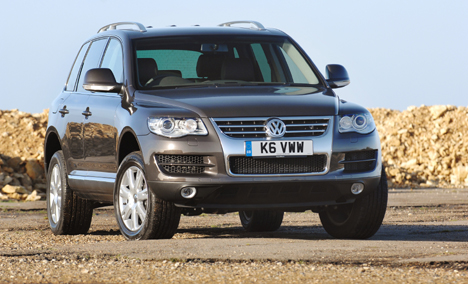