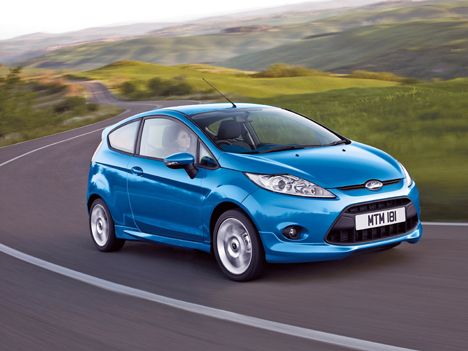 Ford has revealed the first details for its new Fiesta which will hit UK roads in October.

Three other 16-valve Duratec petrol engines are offered for all-new Fiesta, in 1.25- and 1.4-litres and outputs from 58bhp to 94bhp, with an automatic transmission option available on the Duratec 1.4-litre.

A new feature squarely aimed at the Fiesta’s target audience of younger drivers is 'stall prevention' which is designed to adjust the engine’s ignition profile in low speed manoeuvres to stop the car from stalling.

Standard safety equipment includes a knee airbag for the driver and head-and-thorax side airbags. Safety curtain airbags are optional.

Prices will be announced closer to the new Fiesta’s October launch.