Jardine had operated the site, which is a case study on aftersales in the latest December issue of AM magazine, for 20 years.

BMW said it will continue its partnership with Jardine in the south of England.

The transaction is due to complete in the New Year, and all staff will transfer to Pendragon.

"We look forward to strengthening our business relationship with BMW Group UK through the addition of this dealership to our portfolio."

Pendragon already operates BMW and Mini dealerships in the Yorkshire and Derbyshire areas.

It had previously held even more BMW sites, however four were sold to new partners when BMW UK reviewed its network and issued its new five-year franchise contracts in 2008.

The image below shows the location of Pendragon dealerships (in yellow) in the Leeds area. The red pin shows the single Jardine site in the area, Appleyard Jaguar, in Bradford. Source: AMi 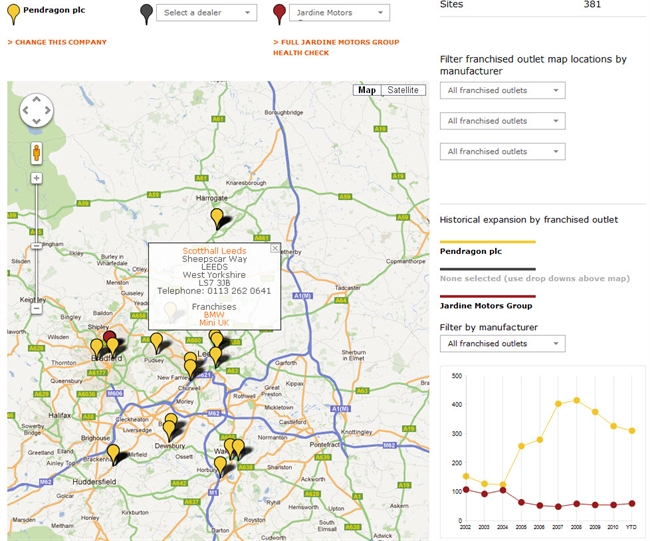