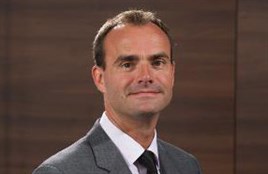 Mike Whittington has been promoted as the new managing director of Mercedes-Benz Retail Group (MBRG) with effect from January 1, 2013.

Whittington is currently sales director for Mercedes Benz UK and he will take over from Neil Williamson in the New Year who is moving to become vice president Mercedes-Benz Passenger Cars in South Africa.

The MBRG accounts for 25% of Mercedes sales in the UK.

Marcus Breitschwerdt, president and CEO Mercedes-Benz UK, said: “I am delighted to promote Mike to this position as head of Mercedes-Benz Retail Group, and to the Mercedes-Benz UK board. Mike has a wide breadth of experience gained over the years with different brands, as well as experience of our own dealer network.

“He has been a key figure in successfully driving our record-breaking UK sales growth over recent years.

“Mike takes over from Neil Williamson, who is moving within the global Daimler family to head up the passenger cars business in South Africa. Over the past seven years, Neil has worked tirelessly to drive performance and standards within our own Retail Group, making significant improvements in process, capability and customer service as well as increasing sales.

“Mike and Neil’s appointments show that top talent is recognised and developed within the company, and I’d like to offer them both my personal congratulations.”