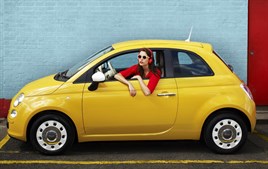 As carmakers struggle with falling sales, Marchionne called for intervention on a European level and stop individual companies and countries making unilateral decisions which are not in the interests of a single market.

Vehicle sales in the US slumped from 16 million a year to just 10 million and the government stepped in to bail out automakers.

He believes enforced Chapter 11 bankruptcies inthe US, where the state took control, allowed US carmakers to "cleanse out the old companies and to re-shape and re-size", he said.

"The parallel with Europe is startling. People just aren't buying cars. In Italy last year the market came down to the same number of sales as there were in 1979 - we have lost 33 years of volume growth. Car factories all round Europe are tooled up to deal with volume expectations which just have not materialised.

"I would like an intervention at a European level and a stop to the unilateral actions being taken in some countries at the expense of others. That is not how a single market should work."

Marchionne said that the big volume makers are losing billions of euros a year and factory closures are already under way - Ford plants in the UK and Belgium, General Motors in Antwerp, PSA Peugeot Citroen in France and Fiat in Italy.

He added: "This is a painful process that often favours one market over another."

Marchionne, as chairman of the European carmakers' association ACEA, has been lobbying the EU but said he is being ignored.

"We are selling cars at ridiculously low prices and this cannot continue forever. The EU should act and provide support to help the industry restructure and build a growth agenda.

"Right now, too many cars are being made and we are selling them at ridiculously low prices and this can't go on forever."

Marchionne said he did not see the markets rebounding for some time, and certainly not in 2013.

AM Poll
What is your take on the car retail sector's ongoing vehicle supply shortages? Please leave a comment
Vote
View all
4467