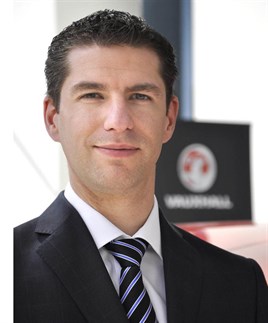 Catlin has been with the company for 13 years and has held a variety of positions of increasing responsibility in marketing, retail and fleet sales.

“This is a wonderful opportunity for me to oversee retail sales during an important time in the company’s history,” said Catlin.

“With new additions including the multi award-winning Ampera electric vehicle, the Mokka SUV, the funky Adam and the forthcoming Cascada convertible, it’s an exciting time for Vauxhall.”

Catlin replaces Rory Harvey, who has been promoted to executive director of sales at Opel Western Europe.

Harvey joined GM in 1989 and has held a variety of positions of increased responsibility including stints in the Middle East as aftersales director and at Chevrolet UK as managing director.

“I’m very happy to be offered a new challenge,” said Harvey. “I’m delighted to take on this new European role during an unprecedented period of new model launches.”