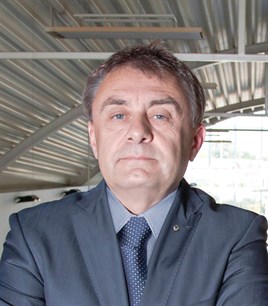 He replaces Len Curran who has been appointed managing director for Renault Retail’s European region. Curran was in the MD position at Renault Retail Group in the UK for less than a year, starting the role at the end of January.

He then returned to Poland in 2003 and was first responsible for setting up Renault Retail Group operations in the country, later becoming its managing director.

Ken Ramirez, managing director of Renault UK, said: “Michal’s vast experience of Renault Retail Group operations, including his previous experience in the UK market, will secure sound leadership in our largest dealer group in the UK.

“His appointment coincides with the clear turning point of growth for Renault and Dacia in the market, for which the Renault Retail Group network plays an important role.”