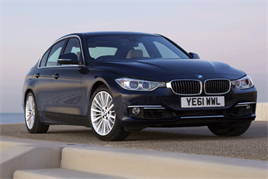 BMW has appointed Matt Bristow as its new corporate operations manager and he will take up the new role in January.

The appointment follows on from Steve Chater's promotion from corporate operations manager to general manager of product and market planning.

Bristow has been with BMW for the past three years, although he previously worked for 10 years at the Munich-based manufacturer’s contract hire and leasing company Alphabet.

Chater headed BMW’s fleet operation for four years and was responsible for a number of initiatives, including the launch of the direct rental programme, the SME partnership programme, the end user strategy and the Business Edition models targeted at the corporate sector.

Head to AM sister title Fleet News for the full story.