New managing director for Renault UK as Sybord gets promotion 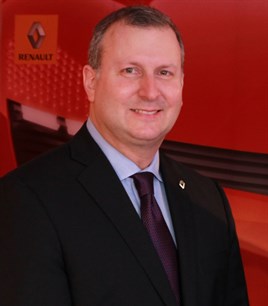 Sybord, who has earned much respect for his reorganisation of loss-making Renault UK, has been promoted to a European role with the carmaker.

He recently told AM that while the reorganisation was hard - it resulted in the cutting of a third of the franchised dealer network and a 30% job cut at headquarters - he was sure it was the right thing to do and it was done as humanely as possible.

His replacement, starting today, is Ken Ramirez, who joins from Nissan.

Ramirez was managing director of Nissan Latin America and the Caribbean, responsible for all of the Nissan and Infiniti brands’ operations in the region, covering 37 countries.

Ramirez said: "Under Thierry's leadership, Renault UK has made significant progress through its business evolution plan, at both company and dealer levels.

" I look forward to continuing to rebuild our brand value and market presence in the months ahead. With six great new models to launch within less than six months, including the stunning new Renault Clio and the introduction of the Dacia brand and its initial line-up of Duster, Sandero and Sandero Stepway, we are clearly affirming our commitment to our loyal and new customers as well as to our partners in the dealer network.

"I’m eager to get to know the UK market and confident of the exciting future for our Renault and Dacia brands in the UK."

He has a bachelor’s degree in Electrical Engineering from the Georgia Institute of Technology and has more than 20 years of experience in the automotive industry in US, Japan, Mexico and Latin America.

He has held leadership roles in R&D, program management, corporate planning and sales and marketing.