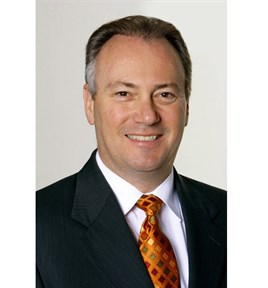 Ford is calling on politicians, business leaders, academics and regulators to help create market conditions that can “enable manufacturers to flourish”.

As part of Ford’s European revival, he pledged that:

• Ford would launch more than fifteen vehicles in Europe in the next five years, most of them powered by British-made engines;
• Engines produced by Ford in the UK could power one third of all Ford vehicles globally today;
• Improved marketing and sales management would cut surplus inventory;
• Productivity would be enhanced by removing surplus manufacturing capacity.

While Ford presses ahead with those self-help measures, Odell warned that the European motor was struggling amid a 22% decline in overall sales in the past five years.

Predicting only sluggish growth in coming years, he urged policy-makers not to jeopardise any recovery by imposing poorly drafted regulations and free trade agreements.

EU regulations, he added, make an average car approximately twice as expensive as it otherwise would be - impacting the competitiveness of European-based manufacturers.

If a planned free trade agreement with Japan was similarly poorly implemented, it could threaten a European manufacturing recovery still further.

Faced with those challenges, Odell said Ford would invest in new technologies to enhance product-appeal; seek out better qualified engineers to drive European innovation; and relentlessly focus on manufacturing efficiency.

Odell also spoke about the skills deficit in the UK and emphasised the importance of a workforce with the right skills and qualifications to the industry.

He called upon the British motor industry and British manufacturing as a whole to ‘do more in the interests of schoolchildren’ in order for them to go on to fulfilling careers as scientists and engineers.

He concluded his address, saying he was confident European - and UK - manufacturing could survive under the right business conditions.

Odell said: “We expect Europe’s volume carmakers, preferably encouraged and aided by Brussels, to follow the hugely successful American example and do what everybody knows needs to be done: to restructure, to cut excess manufacturing capacity, to reinvigorate their product ranges. And to develop industry-leading technology for the world."