New car models have a shorter ‘shelf-life’ than ever, says CAP 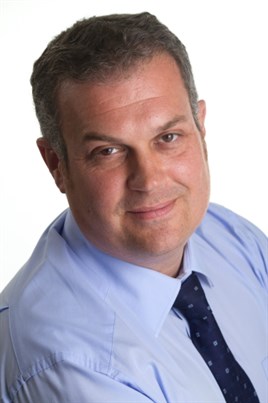 New cars are facing heavier depreciation as models go out of style quicker than they did 30 years ago, according to CAP.

Analysis of new car model introductions over the past three decades by CAP reveals dramatically shorter ‘shelf-life’ for today’s new vehicles than ever before.

While the rate of depreciation has increased, a short model cycle can help dealers to keep in touch with customers about new models and increase contact and potential sales opportunities. The success of many dealers is heavily reliant on the model-cycle for a manufacturer’s products.

Known in the industry as ‘lifecycle’, the period between replacement model introductions or significant ‘facelifts’ has shrunk from around 10 years in the 1970s and 80s to around three-four years today, CAP’s analysis reveals.

“The outgoing Fiesta was produced between October 2008 and October 2012 and the previous Golf ran from November 2009 until November 2012.

“Looking back into history the first generation Fiesta was introduced in 1976 and ran until 1983. The Golf was introduced in 1974 and remained substantially unchanged until 1983. Therefore, over 3 decades these popular models have gone from a lifecycle approaching 10 years, with minimal technical changes, to around 4 years with quite often substantial technical changes under the skin each time.”

Saville argues that while motorists benefit from constantly refreshing choices, they also pay for the ever shorter shelf-life of today’s cars.

He said: “On the face of it the new car consumer really benefits by always having a choice of bang up-to-date models to choose from. But this can also have a negative effect because most buyers have a car that they need to dispose of when they come back into the market. If their existing model isn’t the latest offering from that manufacturer, what the industry calls ‘lifecycle depreciation’ kicks in and makes their car less attractive as a private sale or a trade-in.

“CAP analysis consistently shows that greater depreciation is a particular issue for manufacturers who have adopted model lifecycles below the standard 3 to 4 year ownership pattern.

“In fact CAP have seen that certain manufacturers, who have a history of dramatically changing their models over a relatively short period, have begun to take a step back and tone down visual changes so as not to damage the previous generation model’s second hand values quickly.”

Saville attributes much of the impetus behind shortening lifecycles to the influence of far eastern manufacturers, who adopted a policy of refreshing their offerings more rapidly than the competition, as they worked hard to rapidly crack European markets.

He said: “To gain traction in more sophisticated and competitive markets than their own, far eastern manufacturers changed their models more rapidly than European carmakers.

“Historically they would often try their own domestic market models in the European market and find they needed to refine and replace them quickly, to address issues around their suitability for European customers. It’s a policy that worked well for them and, over time, their success prompted others to follow suit because no manufacturer wants to be left behind when new technology arrives or motorists’ design tastes change.”

Another major influence on shortening lifecycles are ever tougher emissions standards, with manufacturers constantly working to meet rapidly changing European rules. Motorists themselves also contribute to the need for change as they increasingly choose cars that will cost them less in CO2-related taxes.

Saville said: “A model that had an acceptable level of Co2 emissions three years back is now totally out of step with the latest requirements.

“Often, the changes to car design which are aimed at reducing emissions involve altering the shell of the car, to reduce weight or improve aerodynamics, as well as introducing more efficient engines. Again, the new look of the vehicle – as well as its improved technology – quickly makes its predecessor look out of date.

“Another significant aspect of shorter model lifecycles is the ease with which the look of a car can be changed, using modern automotive design techniques compared with 30 or 40 years ago.

“Now that computers are at the forefront of vehicle design and large areas of the front and rear of the car are manufactured from easily moulded plastics, it is simply easier to make significant cosmetic changes than it used to be. With every manufacturer wanting to get ahead of its rivals, there is now never a time when the next version of a model isn’t on the drawing board.”