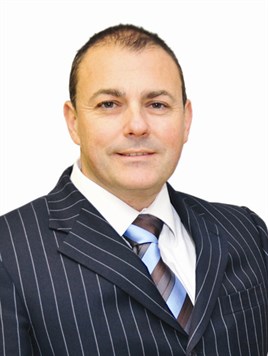 Wessex Garages will be opening a new build Hyundai dealership in Newport in September and the group has also revealed it has won the eBay Motors award for franchise dealer of the year for 2013.

The new Hyundai showroom is next to Wessex's current premises at Newport Retail Park.

Keith Brock, Wessex Garages managing director, said: “ is a large investment for us.

"We currently have other brands at the retail park and think Hyundai will be very popular with people in Newport, Cwmbran and South East Wales as it represents great modern styling and value for money. In these times of austerity, customers are looking to achieve better quality with lower running costs and Hyundai does all of that.

“Our Hyundai dealership in Cardiff had a very positive response from customers when it opened two and a half years ago so we are hoping this will be the same in Newport.

“The new showroom will create 10 new jobs and we plan to employ people from the local area.”

Wessex Garages is able to offer service and parts for Hyundai models from its current building from June 17 onwards, from this date it will be an ‘authorised repairer’.

The award from eBay Motors recognises the top players in the industry and celebrates the best sellers.

Mark Ingleby, used car director at Wessex Garages, said: “We’ve been using eBay Motors for more than two years and as a company we are really pushing our digital initiatives. EBay is a giant in the online market place so it seemed fitting for us to sell used cars via its platform.

“We were up against some stiff competition for the award from Mercedes-Benz Chelsea, David Ian Skoda, The Garage at Blakesley and the NK Motor Group Derby."

The awards were voted for by a panel including staff members from eBay and Mike Brewer, from the Discovery Channel’s ‘Wheeler Dealers’ show.

The eBay UK Motors Award for Franchise Dealer of the Year was based on a number of criteria, including the performance of classified advertising listings on the platform, the quality of listings used on the platform, use of features (video for example) and clarity of information provided for customers.

Wessex Garages is a privately owned company that has outlets in Bristol, Cardiff, Gloucester and Newport.