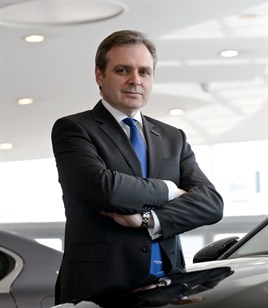 Harrogate-based Vantage Motor Group has acquired Batemans Toyota at Grange-over-Sands on the edge of the Lake District for an undisclosed sum.

The latest acquisition follows on from Vantage’s expansion after buying Sytner’s Toyota and Lexus business in the Midlands, as well as launching with Kia in Scarborough.

The Batemans acquisition takes group turnover to £140 million and increases total workforce to 330.

The series of moves, which bring the number of Vantage dealerships to 13, doubles its previous size as well as extending its geographic reach, are a signal of the group’s ambition to become a national force.

Mark Robinson, Vantage managing director, said: “It extends our Vantage brand into a new but complementary geographic region and fits in well with the ambitious expansion plans we have for the group.

“We are very proud to be one of the largest Toyota partners in the UK.”

Vantage now has 10 Toyota dealerships making it one of the largest groups for the brand in the UK.

The new dealership will trade as Vantage Toyota. It will continue to operate from the current location for the immediate future while a search for a new and improved location within the area is underway. Once a new site is secured, supermarket group E.H. Booth & Co Ltd will begin construction of a new food store at the current Station Square location.

Ian Worth, Batemans Toyota chairman, said: “We are pleased that the business is being transferred into the ownership of Vantage Toyota which is a well-respected operator within the Toyota network already operating from sites in Lancashire and Yorkshire.

“Our customers can be assured that the high levels of service they have experienced in the past will be maintained.”
Vantage sells more than 10,000 new and used cars a year.