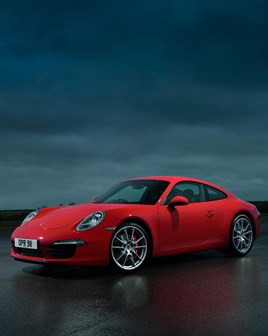 Porsche has been named Best Car Brand in the UK for the second year in a row in the Which? Car Survey.

The consumer magazine combined its own test data with opinions from readers to create a picture of the overall reliability and satisfaction of each manufacturer. The full list can be seen in the latest issue of Which? or on the magazine’s website which is locked behind a paywall.

In the 2013 result, Porsche achieved a Brand score of 87% and a customer score of 94% -- both rankings significantly ahead of its closest rivals.

Based on the assessment of more than 57,000 vehicles up to eight years old, the writers concluded: “Topping the standings for the second year in a row, the addition of the new 911 to the ratings has done the Stuttgart-based manufacturer no harm.

“Reliability for cars over three years old is decent, and owners who can afford to buy one are fanatical about their worth, giving the brand a 94% customer score. Upcoming test scores for the latest Boxster and Cayman are expected to further bolster this strong showing.”