Jardine rolls out Lancaster name across all its centres 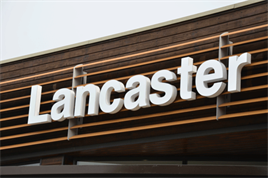 Jardine Motors Group is extending the use of its Lancaster trademark across its dealerships.

Lancaster is one of the older names within the Jardine Motors Group dating back to 1969 and the group believes it carries with it a recognised heritage.

Mark Herbert, Jardine Motors Group chief executive, said: "The recent history of Jardine Motors Group has seen a number of acquisitions and with these has come a proliferation of trading names including; Lancaster, Appleyard, Abridge, Cloverleaf, Minories, Scotthall and Wayside.

"Historically, each trading name has had some benefit locally, with the dealerships’ reach being defined by a geographical territory.

"However, the increasing use of the internet by our customers means this is no longer the case.  Consolidating around the Lancaster name is also intended to internally recognise the completion of the integration of recent acquisitions into one team with a common set of values and business objectives.

"The decision to focus around Lancaster was an easy and obvious one.

"The Lancaster name continues to enjoy high levels of positive awareness within the industry and is synonymous with quality of service.  Moreover, we already trade as Lancaster across a significant number of our existing dealerships."

The Lancaster name will replace all other dealership names within the Jardine Motors Group and will be introduced progressively across sites from October 1.

The roll out timetable will coincide with an ongoing £40 million facilities investment programme across the group.