Volkswagen's plan: 'We're not chasing the top spot. We are all about long-term growth' 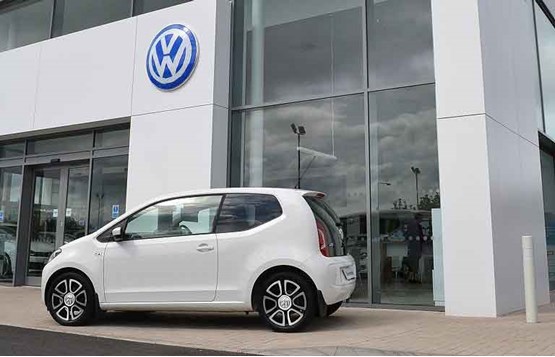 While some franchises face declines in market share in the UK, Volkswagen has maintained its position as a stable franchise to which regional dealer groups aspire.

As Ford and Vauxhall jostle for position with volume, VW continues to push forward without thoughts of a number one spot in mind.

VW favours long-term relationships and the majority of its 208 partners are within the AM100. New names are breaking through to take on the brand, with Vertu Motors and Marshall Motor Group recently joining the club. Access to the VW franchise can usually be granted by taking on a sister-brand such as Seat or Skoda.

The network will shrink slightly to 200 sites as VW looks to have larger showrooms for each market area and more authorised repairers.

Robert Hazelwood is leading VW in the UK after successfully building Skoda into a formidable franchise in the German group’s portfolio. Annual registrations were nearing 200,000 units before the recession, but the brand is reporting more than 100,000 in the first half of this year, up 5.75% on the same period in 2012. It posted registrations of 183,098 units last year, according to SMMT figures.

Hazelwood, VW’s UK passenger cars director, said: “We are all about long-term sustainable growth. If it happened to be that we end up as number one in the UK that’s fine, if it doesn’t, that’s fine too. We’re not chasing market share.”

This does seem to contradict VW’s decision to link part of its retailer margin to a volume target for the first time in seven years.

However, Hazelwood’s previous role as a director at Inchcape Retail lends weight to claims of focusing on profitability rather than chasing volume. The average VW dealer makes 1.7% return on sales, compared with an industry average of 1.27%, according to ASE dealer profitability figures. The benchmark is still 3% ROS, but VW is expecting profitability to increase to 2% ROS for UK dealers this year.

Hazelwood said: “When you look at the majority of dealers, they are getting to that volume target, with many going to 110%.

“When I was a retailer, volume targets were always a sensitive thing and I think it will remain that way, but we’ve got trust and a partnership with our network. It’s us reflecting our targets with our retailer targets. We’re not putting retailer targets over and above what we need to achieve for our market share.”

VW was rated 3 out of 5 for current rebate and bonus rates on new car sales in the National Franchised Dealers Association Dealer Attitude Survey, and 3.3 out of 5 for fairness in negotiating volume targets. Dealers rated the value of holding the VW franchise highly at 7.7 out of 10, down from 8.4 last year. By comparison, Ford has a rating of 7, Vauxhall 7.20 and 9.10 for BMW.

Steady as she goes

VW is a brand, as Hazelwood puts it, that is not fighting fires on a daily basis. He said: “The biggest thing is making sure we’re all aligned with our medium-term strategic goals. In the retail game, it’s about selling volume in the right channels, looking after customers, earning their loyalty and making money. It’s a nice evolution rather than addressing daily struggles.”