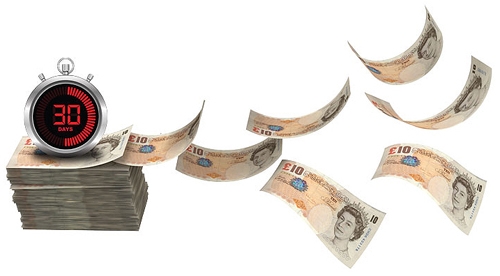 Since the credit crunch came in 2008 and new car sales dried up, the knock-on effect in the years since has been low levels of quality stock appearing on the used car side of the franchised forecourt.

So have things improved in 2013? Adrian Rushmore, operations director at CAP and speaker at the 2013 AM Used Car Conference, said the evidence points in that direction.

“So far this year, retail sales appear to be tracking at similar or slightly higher levels to last year, in the region of 3.2 million. This means that dealers have generally been able to acquire the stock that they need, and this is especially true of the last few weeks.” He also said CAP figures showed year-on-year prices for three-year-old cars had increased by 10%, and six-year-old cars by about 4%.

“Supply has only improved marginally year-on-year and as a result prices have remained strong and stable, even through the traditionally quieter summer months. There is obviously retail demand for these hard-to-find newer models.”

Feedback from the front line also isn’t so encouraging. John Caney, managing director, Hyundai North London, told us: “The upturn has yet to reflect on used stock, but should mean an increase come early 2015.”

Re-stocking can be a lottery because the used car market is never static. Richard Thwaites, commercial director at automotive data analytics company Deltapoint, said: “It’s constantly evolving, and consumer interest and budgets are fluid and can vary dramatically by region. Will a car that has generated a good profit in the past do so again now? What about the cars that have been avoided or ignored in the past – will they now provide good stock turn and healthy margins?”

One result of the shortage of quality 0-4-year-old stock has been dealers keeping hold of older trade-ins, retailing models they may not have considered three or four years ago and instead sent to auction or a local independent. Many of the larger dealer groups have relaxed their stocking policies to ensure they have vehicles to cater for the varying sizes of customers’ under-pressure wallets.

The shortage of younger used stock has forced retailers to support income streams across the business, for example, in the hope of keeping older vehicles returning to prop up challenging conditions in aftersales.

Rushmore said retaining more of the better part-ex cars can be attractive as it offers the best potential for a quick profit. “However, these older cars also attract higher refurbishment costs, and for many, these are prohibitive.”

With ever-increasing vehicle reliability, some OEMs have supported the move to keep older cars on sale in the network. From May, Volvo amended the conditions of its Selekt approved used scheme to include cars up to seven years old. Bruce Greenwood, Volvo’s used car programme manager, explained: “We have responded to the wishes of our retail network, which in turn is reacting to the demands of today’s customers. Used car buyers are increasingly open to vehicles which are slightly older and with higher mileage.”