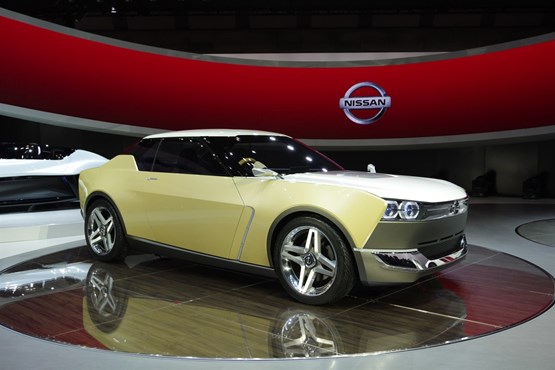 Nissan is planning to double its sports-car range to four in the next few years due to the feedback it has received from the reaction to its recent sports focussed concepts.

Andy Palmer, Nissan chief planning officer, has also confirmed there will be replacements for the 370Z and GT-R and the brand will be able to cover the whole of the sports car market before 2020.

Nissan has previously shown its IDx and Bladeglider concepts, which could be developed into production models.

Palmer said: “The IDx will be at one end of the spectrum and the Bladeglider at the other, and in the middle we will have a lower-end sports car and a new GT-R.

"With the GT-R, we will do a renewal each year and there will be a new one. It will retain the mechanical look of the current car, but with more of the cues from the latest Nissan design. It will still be very aggressive."

On a replacement for the 370Z, he said: "I know what the powertrain will be and I know it will exist. It would be reasonable to assume it will have a downsized turbo engine. There will be normal and Nismo versions."

Palmer said response to the IDx and Bladeglider concepts had been "strong enough for us to put it into the mid-term plan". The Bladeglider will be a full electric car with 70% of the weight towards the rear.

The IDx is seen as a way of re-engaging with younger drivers who regard "time spent in the car as wasted time away from social media", while the Bladeglider, with its very narrow front track, is aimed at those who see all cars as polluting.

"I wanted something like the IDx when I was a kid," he added. "It is rear-wheel drive and a bit of a bad boy. The other is an alternative take on the sports car and guilt-free fun. It will be the best-handling car you've ever driven, but with zero emissions. The greatest challenge is getting people to believe it will work.

"The UK is the worst place in the world in terms of new people wanting driving licences, and Germany is also bad. In Japan the decision tends to be a bit of a postponement. We have to find a way of re-engaging with youth who are not interested at all. I don't want to make these cars attractive to me but to them."