Face to Face: how serving every market sector is giving Arbury Motor Group its edge

Was this article useful?
4 people found this useful
4 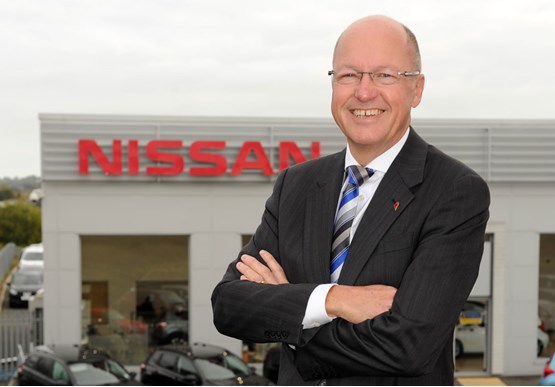 First impressions are important in the motor trade. A good one can mean the difference between a customer parting with a considerable amount of cash and walking away to the competition.

It took just seconds before Arbury owner and managing director David Stenning was chatting to AM’s photographer about his passion for taking pictures of wild animals, going into technical detail about lenses and Canon vs Nikon.

Finance director Neil Barrett instantly volunteered to stick the kettle on. There is no receptionist – the pair both prefer to manage their own calls and visitors. It made an instant impression about how they do business.

Arbury keeps a very flat structure at the top, with the new head office space being used by Stenning, Barrett and marketing manager Leigh Franklin. The space is also used for training and there’s room downstairs for Arbury’s dedicated fleet department (see ‘The fleet opportunity’, on the facing page).

It’s the first time the management team has not been based on-site at a dealership and marks the next step in the group’s evolution from a single-site business with Peugeot, to a seven-site group.

The group’s lead franchise is Peugeot, with five showrooms, but it also represents Nissan, Škoda, Citroën and Fiat at locations across Bromsgrove, Leamington Spa, Lichfield, Nuneaton and Walsall.

Stenning has been in the motor trade since he left school. Trained by Ford in vehicle design, he worked for six years sketching new truck designs in South Africa (also a great opportunity to get snaps of lions and birds of prey).

His return to the UK brought him to Currie Motors and his first retail job was parts and marketing manager at the company’s Twickenham site. Like many current dealer group owners, Stenning worked through all the departments of the business, from truck sales, to car sales, service and then general management.

“I’ve worked in all departments so I instantly know when a manager isn’t being honest about the situation,” he said.

Barrett started out with Ernst & Young in Birmingham, and said he stumbled upon the motor industry as a dealership accountant with Evans Halshaw in Solihull, but admits the variety motivates him more than the company audits.

“The motor trade provides such an interesting and wide sort of environment. We’re retailers; we’re wholesalers, warehouse distribution with the parts business,” he said.

“It’s customer-focused and it’s so much more than just producing the numbers.”

Barrett met Stenning at Evans Halshaw, where he was working as a regional director. Peugeot approached Stenning about starting something on his own when he had moved to work with a Ford business at Pendragon.

Barrett had also moved on, starting a job at Quicks following Pendragon’s acquisition of Evans Halshaw.

Stenning started working on his first acquisition with Peugeot in 2000 and Barrett went with him.

“We acquired a Peugeot dealership in Nuneaton and haven’t looked back really,” said Barrett.

Stenning describes the Nuneaton site as a “raging success” for Peugeot, with the dealership ranking in the top two positions in the UK for customer satisfaction ratings.