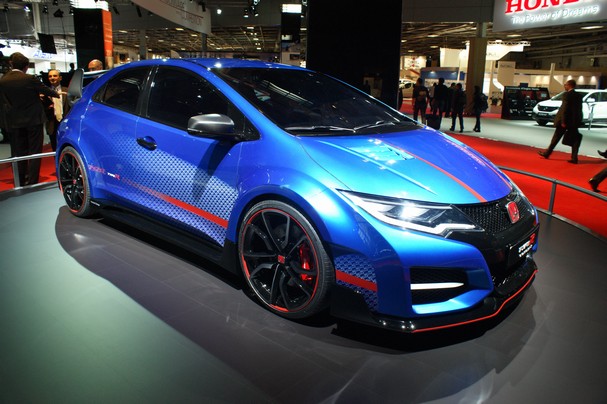 The British-built beast is set to be the most extreme yet of the red ‘H’ badged model.

Its power will come from a turbocharged 2.0-litre i-VTEC engine producing over 276bhp, delivering unmatched performance against any previous Type R, including all generations of the Civic, the iconic performance-oriented versions of the Integra, Accord and even the NSX.

To back up that engine; it will feature a new four-point adaptive damper system, delivering ultimate handling and cornering.

“The engine in this new Honda Civic Type R is unrivalled against all of them in terms of raw power, torque and engine response."

The new Type R will mark the debut of the new ‘+R' button – Hasshi explained: "In default standard mode, the Civic Type R is exceptionally agile, an everyday sports car with an enjoyable and fluid acceleration.

“The ‘+R' button brings out a more dynamic and athletic car for the driver, sure to set pulses racing. The difference in character is immense. The ‘+R' mode is extreme; the car is ideal for the track and will be appreciated by the genuine sports-driving enthusiast."

The new Civic Type R is expected to go on sale next year.