What is Facebook Zero and how can car dealers avoid it? 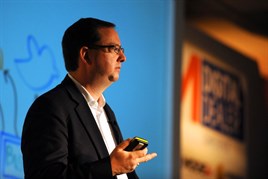 Facebook fans are not necessarily the best advocates for your business, according to Marshall Manson, managing director, EAME, at digital consultancy Social@Ogilvy.

Delivering the right content is key and he advises using organic reach as a means to test which material promotes the highest levels of engagement. However, dealers need to adopt a newsroom mentality and tailor content according to topics that are trending. Facebook rewards newsworthy content and will give it greater prominence in the newsfeed, above offers and promotions.

Manson said there is still value in Facebook, but it is unlikely to lie in the fans themselves. He illustrated Social@Ogilvy’s analysis with an example of McDonald’s Belgium, which had 246,000 fans, but found only a fifth interacted with its content. By using Facebook’s sophisticated targeting, the brand found it could generate a higher response rate. In fact, paid targeting aimed at non-fan advocates generated an average five times more word-of-mouth than targeting fans.