Car manufacturers and dealers must face reality on digital changes 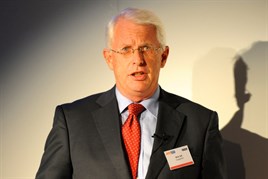 The automotive industry faces significant disruptive change, according to Capgemini’s latest research. Nick Gill, chairman of CapGemini’s automotive council, said that despite comments about looming transformation of the auto sector from global executives at Volkswagen, BMW and Daimler, some of the vehicle manufacturers Capgemini deals with do not seem convinced that the industry is going to change radically.

Reassuringly for dealers, Capgemini’s global research for its Cars Online report has shown that car dealerships are still the most important source of information, and consumers trust them with their data.

However, there is huge growth in people using manufacturer and dealership websites and not going to a dealership. The role of the dealership is becoming less important than others.

Some manufacturers are testing consumer desire. Daimler and BMW have mobility services that are now profitable and providing learning opportunities for those carmakers. Volvo recently announced its new XC90, with a limited First Edition model that global consumers could order exclusively online.

“The people who say the dealership will always exist because it’s the only place you can do a test drive and touch and see a car, they’re wrong" – Nick Gill, Capgemini

“The people who say the dealership will always exist because it’s the only place you can do a test drive and touch and see a car, they’re wrong.

“It has to be a more fulfilling, enticing experience than just those reasons,” Gill said. “We have to be thinking in a broader way about that innovative, compelling experience.” Globally, 44% of people are likely to buy a car online given the opportunity, although in the UK the proportion is 28%.

Appetite is there for more regular communications through digital and traditional channels, said Gill.

People expect better communication post-purchase and don’t understand why they only get communication once a year or when the warranty is almost up. Tesla’s Elon Musk plans to communicate regularly, with monthly software updates, car configurations, and is selling an idea of ‘change your car every month’.

“I think we’ll look back in five years’ time and realise we were doing nothing with data,” he said.

“We talk about all these amazing tools, but as an industry, we still don’t know if it’s somebody’s first or eighth car.”