Dealers 'must consider mobile in planning digital marketing and SEO' 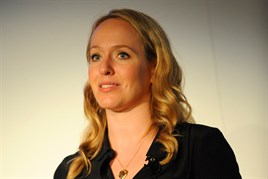 "If a website doesn’t work on mobile, it doesn’t work,” Alex Kozloff told delegates at the AM Digital Dealer Conference. The Internet Advertising Bureau (IAB) head of mobile said studies from the internet trade body showed the importance of a “mobile first” approach. Smartphone web pages need to be easy to use and navigate due to nature of the small screen, she said, and all web pages should take on a similar philosophy.

“If you think about the way people are changing their media habits, it becomes more and more crucial to make sure it works on mobile,” said Kozloff.

UK smartphone penetration has reached 76% from just 25% in 2010. IAB studies of consumer behaviour have shown that, rather than do nothing, 52% of people prefer to check their phone, and 37% of people accept that, when out with friends, they and their friends will take out their phones when there’s a lull in conversation.

In addition, multi-screening, where people use a smartphone or tablet while watching the TV, is increasingly normal.

Companies can capitalise on this trend. Kozloff gave the example of Mazda in Canada, where the Japanese carmaker created a gaming experience in a Cineplex, which cinema-goers played via their smartphones.

Dealers and carmakers need to consider mobile as part of their marketing and SEO plans. From a value of £528 million in 2012, the UK mobile advertising market grew to £1bn in 2013. It’s a figure almost as large as radio advertising, Kozloff said.

“It’s so vital to get your search as right on mobile as on desktop, because in some sectors Google sees it as more important. Or you’ll be wasting your money.”