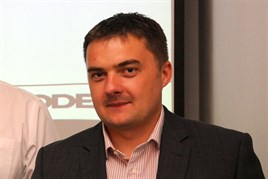 The modern dealership may require Wi-Fi, chat and video apps, remote vehicle valuations, hosted dealer management systems, video conferencing and CCTV links, but if the infrastructure supporting this is not up to scratch then efficiency and performance will suffer.

That was the point made by Richard Buxton, technology manager at Node4, alongside Sean Booth, managing director of Parkway, a four-site Volkswagen dealer group. Parkway has been a customer of Node4 for many years and has its technology throughout the business.

Improvements made include replacing the traditional switchboard on each site with one central telephone system in a data centre, which receives every call to any of the group’s businesses and answers it as whichever dealership the caller was expecting to connect to. Booth said this took cost and headcount out of the business, and removed a lot of other systems that could fail.

“It’s making a process change, but we’re only doing it once,” said Booth. “I value the call centre, as do our managers, because it takes pressure off the people on the showroom floor.”

The data centre also makes it easier to control the customer experience as there is a single team, with suggested scripts and the ability to track the progress and quality of every call. Wall boards show the performance of each site. Abandoned calls can be identified and called back. Web chats and emails can also come into one place for the business to decide where to direct them. The centre works from 8am to 8pm, and it takes 150 bookings daily on average.

The system also prioritises service and sales calls above calls to reception numbers, and ensures customers never gets an engaged tone.