Honda franchise is no longer about survival but growth, says MD

Was this article useful?
4 people found this useful
6 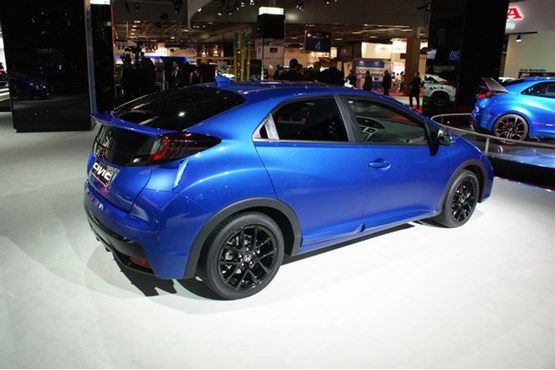 Honda UK is gearing up its head office and car dealers for growth after seven years of stagnation and decline.

The Japanese brand has six car launches planned for 2015, starting with the revised Civic and CR-V in the spring, followed by a new Jazz supermini, Civic Type-R hot hatch and HR-V B-segment crossover in the summer and a new NSX supercar at the year-end.

The product offensive means the end of a very difficult period for Honda dealers, who’ve seen the brand’s market share halve from its 2007 peak of 4.4% as annual new car registrations slumped to 50,000.

Phil Crossman, managing director of Honda UK, said: “It really is now not about surviving but about preparing for the future. It’s a huge mindset change for us and our dealers, we’ve got to start thinking about growing and the rate of growth.”

Along with the cars themselves, engines, technology and safety has leapfrogged, according to Leon Brannan, Honda UK head of cars. A higher powered version of the 1.6-litre diesel will create more sales opportunities in the corporate market, he said, while an interactive connectivity system which enables users to mirror link their smartphone to an in-car screen will also impress customers.

“We’ve got a big year next year, it’s about time,” said Brannan.

In the 2014 Summer NFDA Dealer Attitude Survey Honda was ranked bottom for franchise value. Brannan sees it as a sign of Honda dealer’s frustration, and said some of that frustration has been shared by national sales company. Crossman is looking forward to the 2015 Winter NFDA survey, which he hopes will be a true measure of the franchise after 18 months of clearing old product, launching the new ones and winning new customers.

“We’ve had a bleak few years. It’s been tough. There’s a great affection in the network for global Honda, but there’s a frustration about our local product line-up, and that will be addressed now,” said Crossman.

Crossman said the hardware of the network has been retained through Honda’s lean period and there is existing capacity there to increase sales volumes by 40%. However the sales teams have been reduced, and these will need boosting in 2015.

Crossman said: “As soon as you start getting HR-V and CR-V into the public a lot of salespeople will want to come back to the Honda network. Our challenge I guess is getting the confidence in the dealers to gear up ahead of the volumes rather than wait until they can’t handle all the enquiries and they lose their focus on following up.”

In October it brought its dealers out to the Paris motor show, to show them the business plan that Honda UK has been following for the past 18 months as it prepares for the new product offensive.

Actions have included totally focusing on PCPs and long term service plans – PCP penetration has risen from below 20% to 80%, and that has enabled Honda to change the traditional change cycle of its customers.

Traditional Honda customers have been cash rich, not used to finance, and tended to keep their car for four or five years, but now with PCPs Honda is getting that down to 2.5 to 2.8 years. Brannan said Honda’s dealers were a little sceptical initially but with direction and hard focus they have achieved it, and they are now confident of the PCP route.

In addition, 95% of cars are being sold with a five year service plan. Together, the PCP and service plan are having “a massive impact” on the bottom line, he said.

Honda has also launched a used car PCP approved for cars up to five years old, which it is promoting nationally. “That will give us another level of affordability, with low deposits and low monthly payments, so we can make the brand more accessible to more people. It’s a great way for us to conquest people in,” said Brannan.