Macrae & Dick: 'Why we do used car deals on the day'

Was this article useful?
7 people found this useful
4 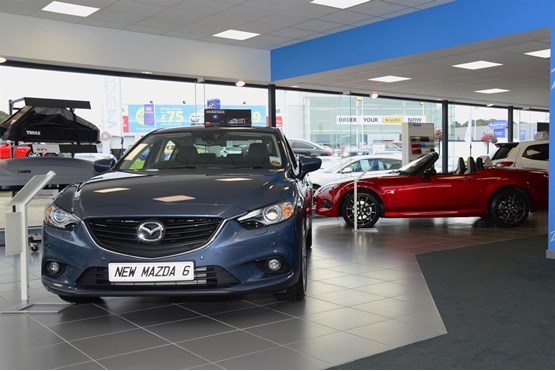 Imagine having a dealership servicing a territory the size of Switzerland. That’s the reality for AM100 dealer group Macrae & Dick, whose showrooms in Inverness attract a customer base from across the Scottish Highlands and Islands.

The motor industry adage that a consumer is generally happy to travel up to an hour to buy their chosen car (and up to 20 minutes for servicing it) cannot hold true here. Managing director Andrew Grzesinski explained that for some of Macrae & Dick’s customers, changing their car has to be a 24-hour experience.

“If a customer has got to come from the Islands, they’ve got to get a ferry, then drive across. They’ll usually stay  overnight, and drive back the next day,” he said. Grzesinski’s Inverness dealerships help to arrange accommodation and have even occasionally delivered cars to customers’ homes in the Orkneys or Western Isles.

“Because of the drive times, every one of our used cars is prepared and ready to go.

“Because customers come from the far reaches, they’ll come to Inverness, they’ll do a deal on the car and they’ll drive it back so they don’t have to take a day or two days out to come and get it.

“So we have to make sure the car is prepared, that we’ve gathered as much information from the customer as possible and that our finance proposals are done as quickly as possible, so that they can take the car away.”

I put it to Grzesinski that this is similar to the motor retailing concept seen in many dealerships in America. He agreed, but emphasised that it is a process particular to Macrae & Dick’s sites in the north of Scotland. Other sites, such as at Perth and Stirling, don’t turn the sale around so quickly. However, this got him thinking.

“Maybe it’s one we should be doing at the other sites. It could be a strapline: ‘Come and deal on the day’,” he said.

To succeed with such a fast turnaround, Grzesinski has to be confident that his sales managers are good at appraising part-exchanges and creating fair and amicable transaction prices for customers. Part-exchanges are often a useful source of stock, but the dealer group also has staff attend vehicle auctions, even if they are a four-hour drive away.

Sales managers use software that was developed in-house to control their stock holdings. It is up to them how they set their model mix in order to meet the next month’s budget, but the system shows them what is in stock, what part-exchanges will be available and what demonstrators they are due to de-fleet.

Systems and electronic support are a strong feature of this dealer group’s thinking. Grzesinski believes it will not be long before dealers will be able to value part-exchanges via the internet, perhaps facilitated by the customer providing a short video walkaround of their car.

Macrae & Dick developed its own database software over a two-year period. Grzesinski said this was in a response to the limitations of the group’s previous system. He said the new software, which became operational in the spring, gives the group “artificial intelligence” for the future.

“Now, because of the software we’re developing, we’re getting it right first time. We have something tailored to our business, giving efficiencies far superior to anything we’ve had before.

“For example, if somebody is coming in for an MoT or service, we have the information to re-market or prospect that customer from the service department. It’s in its infancy, but in a year’s time I’ll be able to say ‘this is how much a difference this has made’.”

Grzesinski said he sees a future in allowing the customer to qualify themselves on tablet computers. It isn’t a reality yet at Macrae & Dick, but he is convinced people are used to sharing their information and he sees it as being a more relaxed and more accurate way of gathering data.

The industry’s current process is more interested in gathering a customer’s information than letting them enjoy the car and the visit, and that risks “hacking people off” before they get to the good bits, he said.

“It’s back to looking at the process, just to make it better. It’s a worthwhile challenge to change the way that we do things.

“Clearly, the customer’s habits are changing. The way they source vehicles is continually going to be more technology-based. So dealer groups have to be aware and ensure we engage them with a modern process.”

additional revenue streams. “If manufacturers want to improve the customer experience, they have to take cognisance of pushing the market and their products for registrations. Because they can’t have both. If it continues down the route of volume-related bonus, that will have an impact on the customer experience.”

The customer experience and business reputation is a critical concern for Grzesinski. He heads a dealer group brand that has been built over the past 136 years, since its first days of  offering horses and carriages for hire. In its showrooms hang framed prints showing its founders Roderick Macrae and William Dick and activities from its history in transport and aviation.

Grzesinski is proud of the company’s heritage and educates new recruits about its history and values, but he’s just as keen to show that it has a modern approach to business. He sees the processes used in motor retail as still lagging behind modern consumer behaviour and believes salespeople need to be trained to engage with internet users. He accepts that the consumer comes better informed than ever before, and believes it is important that the salesperson understands and doesn’t look upon the customer’s own research as meaningless. Currently the sales staff at its BMW and Mini dealership deal with internet enquiries themselves, while online leads for other sites in the group are handled centrally.

“I’ve got a very open mind on it, because it just may be the thing that makes that change to the sales process, to the way we interact with the customer. It will be interesting to see how it works in practice.”