Face to face: Why delivering the right customer experience comes before dealer sales at Hatfields 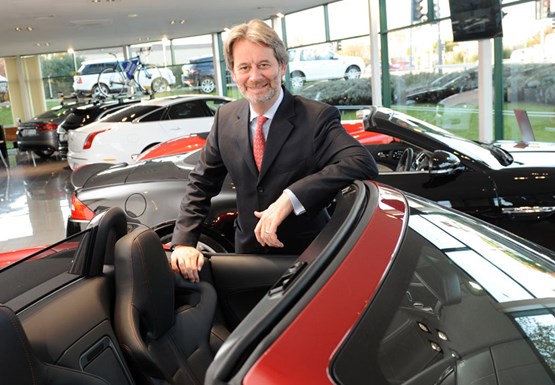 "We have been volume dealers and then got out of volume, but fundamentally we’ve always been specialist car sellers.”

Gareth Williams describes the focus in Hatfields, his north of England dealer group, as not being on selling hundreds of cars, but on selling one. That one will lead to another, of course, but it’s Williams’s way of explaining the company’s ethos of engaging with a customer. With a really good plan in place to sell one car, he can feel confident the business will reach its goals.

“First and foremost the volume is low, the loyalty is high and, generally speaking, we know our customers personally. That makes all the difference in the world,” he said.

“The pace of life at which we operate is slower and therefore we can be more precise. It gives you the opportunity to pretty much know exactly what the customer is thinking, whereas too often in this industry you tend to second-guess what your customer is thinking and deliver that in the hope that you’re right.”

He said one of the hardest things for motor retailers today is that selling a car is built on pointing out features and selling the benefits, but today’s buyers often come already armed with that information from internet research. The time then spent in the showroom can too easily become all about the money, the deal.

“Does £5,000 off really make them a satisfied, loyal customer? I believe it is still possible to be a traditional car salesman, because that’s what we do. We’re always selling the essence that is Jaguar, because that’s really how you sell a person one. You’re making them become part of it, giving a different experience.”

Hatfields began retailing for William Lyons, the Jaguar co-founder, in 1922 in Sheffield when he was manufacturing motorcycle sidecars, before his company diverged into making coach-built cars and ultimately became Jaguar after the end of World War II.

It is clear that Williams is immensely proud to be the head of the world’s longest-serving Jaguar dealer. He speaks with a passion for the brand, and serves on its dealer council.

However, the typical Jaguar dealer’s pace of life is set to quicken as franchisees such as Hatfields gear up for more sales opportunities.

Jaguar currently has only five model lines, with which it must compete against German rivals that each have more than four times as many, including fleet cars that young executives aspire to. Jaguar franchisees are desperate for that to change with the arrival in 2015 of the brand’s competitor for the BMW 3 Series and Audi A4. A crossover model is expected to follow later. Jaguar is aiming to reach 50,000 annual registrations in the UK and the corporate saloon and SUV market will be crucial in achieving that.

Williams said dealerships such as his already have facilities that were geared up for last decade’s volume push, when Jaguar had the X-Type compact executive car, so showroom updates should outnumber relocations for much of the network. The end of the X-Type in 2010 left dealers with a hole that has been partly filled by the XF’s strong sales and Williams said the entire Jaguar network has doubled its used car stocks compared with the start of the millennium.

“Jaguar has always been much more about art than science and the dealer network is largely driving that. But we all recognise that with the new products coming, and the volume JLR (Jaguar Land Rover) is looking to derive from Jaguar, that some change is needed with facilities, people and investment. If you look at what it has delivered with Land Rover though, investment in Jaguar seems sensible.

AM Poll
Which aspect of your business will require most focus in 2021?
Vote
View all
1108