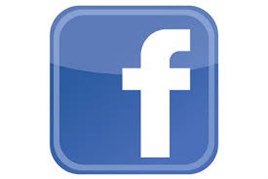 If Facebook was a country, it would be the world’s third largest by population and last year the site reached the 1 million advertiser landmark.

Most dealers will have a Facebook strategy in 2014, but in what form will that take in 2024?

Facebook has been rocked in recent months by reports on its apparent decline. From a Princeton report predicting Facebook will lose 80% of its users by 2017 (which had its methodology widely panned by critics and Facebook itself), to comScore data suggesting teen usage of the site has tailed off as they plump for 'cooler' networks like Snapchat and Tumblr - many are calling time on the social network.

But in reality Facebook clearly still has a lot of petrol in the tank. The number of users visiting the site daily in December increased 22% year on year to 757m. More than 1 billion people visited the site on a monthly basis in December, an increase of 49% year on year.

Facebook also has bold ambitions to reach the “next 5bn” people as part of its mission to “make the world more open and connected”. Last summer Facebook launched internet.org, a partnership with other technology companies that is looking to make affordable internet access available to everyone in the world.

This could in turn impact the way the site develops, as new use cases - that could include anything from mobile payments to health information - become apparent as its audience becomes more diverse.

The rollercoaster relationship with marketers

In its most recent earnings call, Facebook COO Sheryl Sandberg said the company is making “steady progress with brand marketers”.

She cited recent improvements to the service Facebook offers marketers, such as the ability to AB test who saw ads on the platform and being able to link those views to sales as well as the roll out of video ads, as proving the “increasingly efficient ROI” the platform delivers. In recent years the company has also formed local marketing advisory boards to help improve its relationships with brands.

But the path to winning affection has been rocky ever since it first launched advertising on the site just a month after its inception.

In October 2013 analysts at Forrester published a report claiming Facebook was “failing marketers” by “abandoning” its original promise of social marketing.

“Save for a tiny handful of marketers that get all kinds of attention and personalised services - and it does make sense to give special attention to your top spenders - they need to get better as right now all they offer (marketers outside the top 100 to 200 spenders by way of service) is a blog.

“Yes their quality of targeting continues to improve but they are sitting behind the pack. And focusing on that ignores the fact that it’s not ads marketers are looking for, it’s marketing. It’s a distinction the industry understands and Facebook does not seem to or care to consider.

"They have made a decision about what marketing and advertising on Facebook looks like and right now they’ve found the path of least resistance - display advertising. I don’t imagine they can keep going like this forever.”

Facebook has not yet shown the ability to replace the value of traditional brand-building media, according to Mark Holden, head of futures at Arena.

He said: “There are still few cases of new and now established brands being built on Facebook alone. Facebook can make loved brands even more loved, but it hasn’t yet been a vehicle for the launch of a new, loved brand. Facebook still hasn’t ‘cracked’ brand video delivery in a way that rivals what TV, or even YouTube, can do.”

Despite its impressive reach, the ongoing improvements it makes to targeting and a stellar commercial performance to date, Facebook clearly still has work to do over the next 10 years if it is to become the marketing - not just display advertising - medium of choice. And all the while, there are plenty emerging but worthy marketing platforms such as Twitter, LinkedIn, Snapchat, Tumblr and Google+ jostling for marketers’ not-so-undivided attention.

Should Facebook consider a change at the top to secure its future – a marketer perhaps? “Definitely not,” according to Jan Rezab, founder and CEO of social media analytics company Socialbakers.

“The hacker culture of Facebook is one they need. Sometimes they do misstep, for example with Facebook Poke (standalone app), but they quickly learn to do the right thing: like buying Instagram. If I compare this back to Google’s YouTube acquisition - everyone thought it was insane for them to buy it for $1bn, today YouTube makes that in profit every few weeks,” Rezab says.

From humble university dorm beginnings, Zuckerberg has built a formidable commercial leadership team, with his second in command Sheryl Sandberg in particular frequently appearing in “most powerful” or “most influential” lists. Last year she published her international best-selling book “Lean In”, which has incentivised business leaders worldwide to reassess the way they treat women in the workplace.

There have been few notable senior departures from the US Facebook leadership team in recent years. The company appears to have been successful in not only retaining executives, but attracting top talent to the company.

One recent recruit was Yann Lecun, the New York Univeristy professor the company hired to lead its artificial intelligence group.
The division is designed to help Facebook understand the meaning behind users’ posts and the way in which other data on the platform is connected. Among Facebook’s long-term goals is to “understand the world” and “build the knowledge economy”, according to Zuckerberg.

One of Facebook’s biggest advantages over other online players is that it has arguably the biggest “index of data” on the net, according to Lexi Brown, Carat communications planning and strategy executive.

She said: “The development of its own three-tiered data storage solution means that Facebook can quickly access valuable data so that analyses can be performed, insights made and actions implemented. This places the social media platform in a prime position to directly take on Google for dominating search.”

Forrester’s Elliott said: “Over the next 10 years my biggest question is: will Facebook build an affinity database?”. Such a platform could help marketers target ads not just own its own site but beyond, opening up untold revenue opportunities.

Apps - it’s Facebook, but not as we know it

In the most recent earnings call, Zuckerberg laid out Facebook’s plans to build more types of standalone services beyond the core Facebook platform.

Facebook quickly followed this up with the launch of Paper, a flipboard-like social magazine app for iPhone devices.

While core business growth in the near future will come from the main Facebook platform, as user numbers are so large, the success of already popular standalone apps such as Messenger and Instagram points to a Facebook future beyond the little “F” icon on users’ smartphone homescreens in the decade to follow.