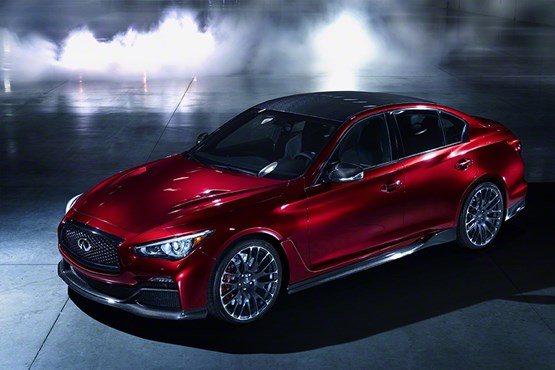 Infiniti will put its Q50 Eau Rouge high-performance vehicle into production following the launch of a concept model at the Geneva Motor Show this year.

The new model will feature a 560bhp 3.8-litre V6 and a production prototype is already being tested by Infiniti’s director of performance Sebastian Vettel at the 2014 Beijing Auto Show.

Further specification details are not available ahead of the Beijing Show on April 20 but the Q50 Eau Rouge is expected to hit 0-60mph of under four seconds and it is likely the new model will come with a seven speed automatic transmission.

The Q50 Eau Rouge will sit at the top of the Q50 range and hopes to compete with the BMW M3.

Infiniti is still establishing itself as a challenger brand to German premium marques in the UK, but Steve Oliver, Infiniti Europe director Northern Europe, said that while sales are still low, UK dealers are now considering the brand.

Desira Group recently announced that it would be opening an Infiniti showroom in Norwich this year.

Oliver spoke to AM at the Geneva Motor Show this year.