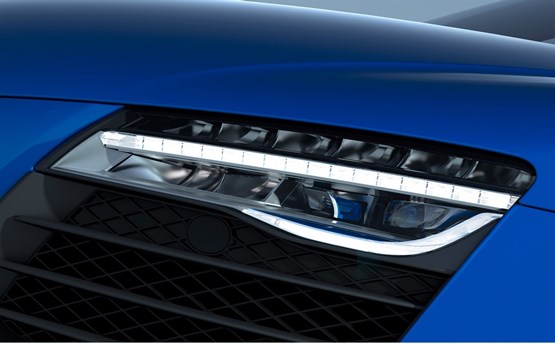 One laser module per headlight generates a cone of light with twice the range of the all-LED headlight. Each module comprises four high-power laser diodes. The laser lights are active at speeds of 37mph and above and supplement the LED high beam. A camera-based sensor system detects other road users and actively adjusts the light pattern to avoid dazzle.

Audi will do a limited production run of 99 R8 LMX models with UK deliveries starting in autumn.