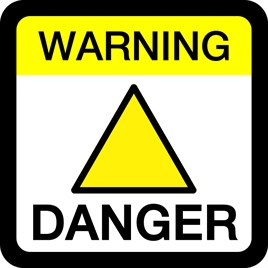 The Financial Conduct Authority approached nine companies in the automotive industry in its first 15 days of taking responsibility for consumer finance.

Wrongly misrepresent finance products in advertising or promotional material and dealers could find themselves facing swift action and even a hefty fine, writes Debbie Kirlew.

One of the nine already approached by the FCA is a single-site franchised dealer in Northamptonshire.

The director received an email from an FCA representative after its database, which captures UK financial advertisements across a wide range of media, picked up a non-compliant newspaper advertisement.

An FCA spokesman said: “We monitor adverts each week and take a risk-based approach when determining which cases to progress.”

Fortunately, the ad in question had appeared prior to April 1 when the FCA took responsibility for consumer credit regulation which meant it fell outside the organisation’s remit and the case was closed.

The Northants dealer principal said: “I won’t be advertising any new car finance offers from now on. They referred me to a section of the rules which then goes on to refer you to another section and it’s far too confusing to ascertain exactly what it means to be compliant.”

The fact the FCA is watching and apparently acting is something all dealers need to take on board. The DP’s ‘offence’ was to refer to both 0% and PCP in his ad but only listed the representative finance example for the PCP.

The FCA required a representative example for any finance offer promoted.

The DP added: “They also thought the ad was misleading because PCP had not been explained as a product even though it’s been around since the 1980s.

“It was all very pleasant. We only conversed by email but I wonder if the ad had appeared after 1st April whether they would have pushed it a bit further. Everyone needs to be aware that being compliant under the OFT rules may now not be good enough.”

‘Treating Customers Fairly’ or TCF lies at the heart of the FCA’s activities including how financial product information is presented in advertising and marketing material both off and online.