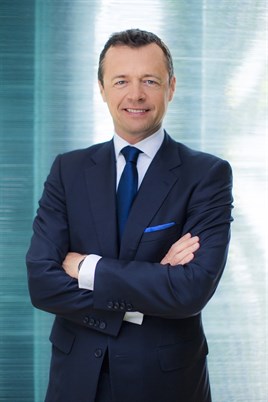 Rolls-Royce Motor Cars as appointed Fintan Knight as its director of sales and marketing.

Knight joins from Infiniti where he was vice president for Europe, Middle East, Africa and India.

He takes over from Jolyon Nash who will leave Rolls-Royce at the end of June to join McLaren as executive director, global sales & marketing.

Knight began his career in the automotive industry with BMW Australia and joins Rolls-Royce Motor Cars after more than 20 years working for premium and luxury automotive brands in Europe, Asia and the Middle East, including Lamborghini and Audi.

During his 15 years with Audi he was managing director of Audi Ireland and general manager, Audi Asia and Pacific.

Torsten Müller-Ötvös, Rolls-Royce chief executive, said: “Our brand’s global footprint has expanded dramatically over the past few years and the time has come to consolidate and build further business growth on the back of this expansion. Fintan is uniquely positioned to lead our sales and marketing team on this journey.”

Knight will assume his new role on June 1, 2014. He will be based with Rolls-Royce at Goodwood in West Sussex.