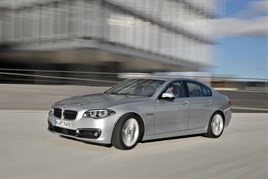 Knights BMW will also be operating a rota system which will see a reduced level of staff operating until 9pm during the week, with night shifts for the service time. There is capability to service cars late into the night and to perform MoTs up to 2am.

The business made the decision in order to maximise choice for customers and follows on from BMW’s intention to move to a 7am-7pm weekday opening hour structure in the UK. There will be 19 other dealers within BMW’s network which will be adjusting their opening hours.

Ian Dow, Knights BMW group aftersales director, told AM: “We went one stage further and decided to extend our opening hours to give customers real choice.

“We’ve jumped in with both feet with this.”

Knights BMW will start the new initiative from June 2 at the North Staffordshire dealership and will then extend to the group’s South Stafforshire site and its recently acquired Blue Bell BMW/Mini site in Crewe.

Dow said: “We want to change the way customers are looked after. The industry has been channelling customers into a funnel which is convenient to us and we have to extend opening hours if we want to call ourselves true retailers.”

There was an impact on current staffing levels, with 15% of service staff leaving due to not agreeing to the new opening time structure.

Dow said: “Almost all of our staff understood why we were doing it but some were not willing to make the change.

“We have recruited more technicians and service advisors to make the change. This is a long term investment but we believe it will pay off in the long run with customers able to come and service their cars after they have finished work or at a time which is most convenient for them.

“It will also mean we can service cars overnight and get them ready for customers for when they start work the next day.”