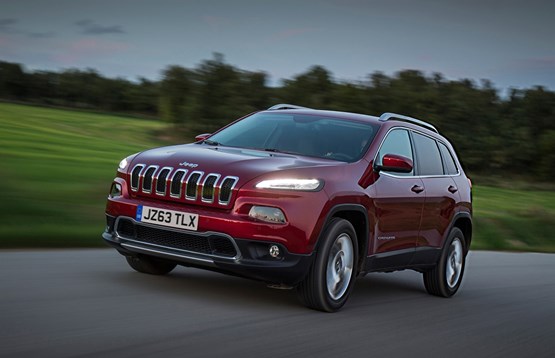 Steve Zanlunghi, Fiat Group Automobiles chief executive and managing director, has told AM Jeep is back on the path to recovery after appointing new dealers and recovering volumes with new product.

Zanlunghi told AM at the UK launch of the new Cherokee that while the brand had been in a difficult position, 14 new dealers have been appointed to bring the total network to 72, following a drop in its representation from 80 to 58 in recent years.

Zanlunghi is looking to have 85 dealers across the UK in total to help it achieve close to 100% market coverage.

Part of Zanlunghi’s plan has been to pair Chrysler Jeep dealers with the Alfa Romeo brand where it “makes sense”. The majority of new dealership appointments have been with Alfa Romeo businesses.

The new Cherokee, priced from £25,495, is expected to add 2,000 units to Jeep volumes in its first six months, building up to approximately 4,000 units in a full year. It will be Jeep’s volume car until the Jeep Renegade B-SUV arrives next year. Jeep has already had 750 expressions of interest in the Renegade after its launch at the Geneva Motor Show earlier this year.

Fiat Chrysler Automobiles (FCA) is planning to double Jeep sales from 732,000 to 1.9 million in in less than five years with new model launches and a 28% increase in global dealer representation.

FCA outlined its five year plan for the Jeep brand which will mean ramping up sales in China and Brazil.
Jeep’s global dealer network will grow from 4,706 dealers to 6,023 by 2018.

Europe, Africa and the Middle East are expected to grow sales by 35% over the next five years.

Mike Manley, president and CEO of Jeep, said told investors that Jeep would be FCA’s lead global brand and wanted to go from sixth largest SUV manufacturer in the world, to the number 1 brand.

Jeep will launch four new products in the next five years, including a new C-segment crossover and the Grand Cherokee, Cherokee and the new Renegade will all get facelifts in that time.