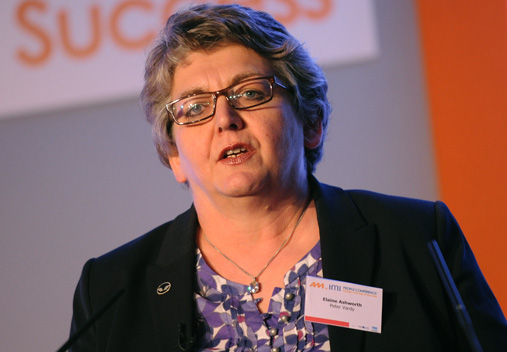 In its drive to create the ‘best place to work’, Scottish dealer group Peter Vardy is confident the company will become ‘the John Lewis of automotive retail’.

As winners of this year’s AM Award for Best Training Programme, Peter Vardy’s academy director Elaine Ashworth told delegates the group’s focus on its staff has contributed to it surpassing its business plan objectives by 30% and a return on sales of almost 3%.

More importantly, the group boasts 85% retention within its core sites and gained 10 percentage points in 2013 over the previous year’s training score in The Sunday Times 100 Best Companies to Work For, with 71%.

Peter Vardy has 12 dealerships and 800 employees. At the heart of its strategy is the Peter Vardy Academy, which has been running for two years. All managers receive one day’s training a month on leadership skills and operational issues. The academy also provides  structured training for all other employees, including customer service workshops.

'We have created a real sense of belonging to the organisation' -
Elaine Ashworth, Peter Vardy Academy – Click quote to tweet

Peter Vardy incorporates a number of other initiatives including allocating a ‘buddy’ for new starters. All employees go through a three-day induction course. Day one focuses on Peter Vardy’s vision and values, day two is dedicated to customer experience, and the third day enables new recruits to ‘give something back’ to the community by working as a volunteer for the day.

Ashworth said: “We have had people work in food banks and other local charities or with community agencies and it has proved to be one of the most successful policies we have introduced.

“New employees are surprised that we encourage them to participate in the local community this way and they wholeheartedly embrace the opportunity, with many continuing to undertake voluntary roles long afterwards. It fully underpins the Peter Vardy ethos and we think it is one of the defining characteristics of the business.”

Other initiatives include its ‘rookie academy’ which was established to encourage recruits from outside the industry and includes an intensive  four-month programme. Running in conjunction with Edinburgh Napier University, it leads to an executive certificate in professional selling.

“It may sound a bit clichéd, but at Peter Vardy we genuinely care about the people who work for us and the customers who buy from us,” said Ashworth.

“It is very much a part of our DNA and is a direct result of our CEO Peter Vardy’s belief that this is the best way to run and do business.

“We have created a real sense of belonging to the organisation and our culture of colleague engagement is very tangible.

“I honestly believe it makes us as a company unique; everyone works together and has a genuinely team-player approach and that’s reflected in the success of our business.”