How car dealers can recruit the best talent 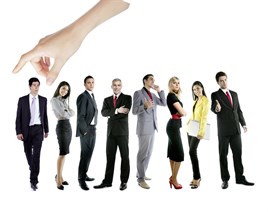 Dealers are not struggling for applications for job positions, but there is a shortage of high quality candidates. Automotive retail recruitment company Steele Dixon told AM up to 90% of applicants for dealership roles are unsuitable and many of the high-quality candidates are staying in their current roles.

For those applicants that are suitable, Steele-Dixon is battling their current employers, which counter-offer to keep them. Ed Steele, Steele-Dixon managing director, said: “The level of counter-offers we are seeing in the industry is probably at its highest level at the moment.

“People are hanging on to their jobs and it could be because the industry is in a stable position at the moment, so employers are in the financial position to retain their best staff.”

Steele advised dealers to put more time and effort into the process if they want to seek out the best candidates.

“There is a general lack of effort put into the recruitment process from dealers,” he said.

“Dealers need to think about what it is that they want for a specific role and give time to that process.”

Steele believes this lack of time is driven by the need for dealers to fill a role quickly. While many dealers tell AM the industry is looking to attract people from outside of the sector, Steele said the majority of appointments are still from those with experience in motor retail.

“The approach from employers we tend to get is that they want to fill a role quickly with someone that can sell cars straight away,” he said.

However, Sharon Ashcroft, HR director at 65-site TrustFord (formerly Ford Retail), recognised that within the business, traditional roles were changing, with more demand for a consultative and supportive approach to sales. “The automotive industry tends to churn the same people, so our hiring managers would often choose candidates who had previous car sales experience,” she said.

“They would rarely, if ever, recruit someone who had never worked in the sector.

“The new recruits would inevitably be confident extroverts; the type of people you’d imagine would be successful in selling. And yet, across the group, there was a surprising inconsistency in their performance. Some sales executives were clearly better than others and we didn’t know why.”

New methods of sifting out the best applicants

TrustFord recruits about 200 sales staff each year. It launched a validation study with an online psychometric assessment company, Talent Q, to compare its 205 sales executives’ personalities against their sales profits, their sales volumes and their customer service ratings over a four-month period.