Guest opinion: Price vs reputation - what matters more to consumers looking for a repair? 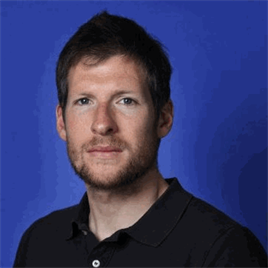 "We’ve had over 40,000 drivers use us to find a ‘great local garage’, choosing from our 4,700-strong network of garages in the process, at WhoCanFixMyCar.com.

But what does ‘great’ actually mean? Its a vital question for our garages - any garage, for that matter - and we wanted to answer it.

We asked 500 British motorists one simple multiple-choice question: what was most important to them in choosing a garage. The results are summarised here.

When it comes to choosing a garage, reputation far outweighs price.

To be precise, reputation was the most important factor for 57.5% of people versus 23% who claimed price was their number one priority, exactly 2.5x higher.

It’s a trend we see at WhoCanFixMyCar.com on a daily basis - as garages with the highest feedback scores win the most business, even if their prices are higher than the other quoting outlets.

It’s also worth noting that distance was the key differentiator for 10.2% of drivers. Ultimately even great reviews and prices won’t create a limitless catchment area. Other factors, such as immediate availability, attracted only a handful of votes each.

2. Women are more price-sensitive than men

While price is the key factor for less than a quarter of the survey sample, female owners are 19% more likely to make a price-led decision.

Women may take a more ‘functional’ approach while men may have more of an emotional connection to their car and are thus a little more likely to look for ‘the best man for the job’.

It’s simple: younger drivers look online to get reviews and recommendations, older drivers want to hear from friends and family.

This one’s of little surprise: younger drivers are 49% more likely to make a price-led decision than older ones.

5. City-slickers and rural residents both rely on recommendations

But they come from different people.

Urban residents were 35% more likely to turn to online reviews than those in the countryside who, in turn, were 40% more likely to cite a personal recommendation as the number one factor in their decision.

This could be for a number of reasons, including time-pressure and adoption of new technology. But, as much as anything else, the relatively small number of garages in rural areas may mean that a personal recommendation provides the definitive answer within a reasonable driving distance.
Indeed, on WhoCanFixMyCar.com, where users rely on online reviews to select a garage with confidence, the jobs our customer post are skewed disproportionately towards urban areas - the south-east, West Midlands, north west and north east in particular.

6. But city-slickers are more cost-conscious

Almost 10% more city dwellers make a price-led decision than those in the countryside.

Our hypothesis: rural residents are more reliant on their car, often with no alternative transport, often travelling in worse conditions and at higher average speeds. Result? They’re happier to invest more in their cars. They’re also happier to travel further afield.

City dwellers, meanwhile, may be more likely to see their car as a local ‘runaround’. Their average age will also be lower.

When it comes to choosing a garage, its not your prices that count, rather its the way you treat your customers."