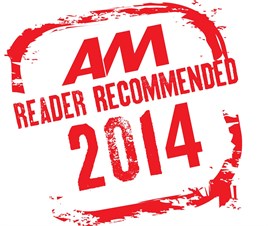 Heavisides added that the FCA has said it is not its problem if the new car market doesn’t work effectively and dealers cannot make sufficient profits from the sale of the car, but it believes the add-ons should not be a prop for new cars and the franchise should stand on its own feet.

Supagard key account manager Sue Healey said suppliers of non-regulated products must not be smug, but they have a market opportunity, as the outcome of the FCA’s general insurance regulation may put greater emphasis for dealers on other products. It means non-regulated suppliers must ensure they are customer-centric, ensuring buyers make well informed decisions and are treated fairly.

“That’s the way the whole market is heading,” she said. “We want our dealers to articulate what the product is and what the benefits are to the customer, and use items supplied for demonstration purposes to back that up, so the customer knows exactly what they are buying.”

Emac chief executive Angela Barrow said the focus on regulated products meant it made sense for Emac to review its own  product base and ensure it is treating customers fairly. She said demand for dealer retraining was high “because of their nervousness around where regulation will hit next”, but one positive was that it was generating a return on the investment.

In other areas of concern for dealers, delegates said some vehicle manufacturers were trying to force their networks to use products from a particular supplier by threatening to penalise them through clawed back parts bonus or standards money. It’s another example of how carmakers are exerting more pressure on their franchisees and creating a stand-off that dealer groups will have to test.

However, Pinewood development director Stephen Meadows said lessons are being learned: “Many of the manufacturers now would recognise that creating a monopoly situation is unhealthy for everyone, and are regretting making the commitments they’ve got themselves into globally and in Europe, because it kills innovation.”

Nick King, Auto Trader market research director, said the move to digital has created its own set of dealer worries that suppliers are moving to support.

“Decisions are made online, out of hours and the opportunity to influence a buyer no longer takes place on a physical forecourt, but rather in the online showroom. For many dealers – particularly independents – the pace of change can seem daunting and it’s not surprising that many are leaning more heavily on suppliers to navigate their way through an unfamiliar landscape, to help support the key pillars that drive their business forwards.”