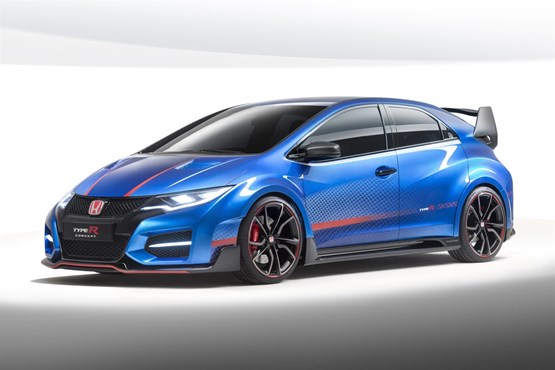 Honda has revealed further details on the all-new Civic Type R ahead of the Paris Motor Show, next month.

The new hot-hatch – due in UK showrooms next year – is said to be the most extreme and high-performing Type R yet.

It will feature a 2.0-litre i-VTEC engine from Honda’s next-generations Earth Dreams Technology series. Producing more than 276bhp it will deliver unmatched performance against any previous Type R, including the Integra, Accord and even the NSX.

Whilst still complying with strict Euro 6 emission regulations it features a new turbocharger which aims to boost low-end power delivery plus a number of engineering innovations and enhancements making the new Type R a true driver’s car, more than worthy of wearing the famous red ‘H’ badge.

Suehiro Hasshi, project leader for the Civic Type R, at Honda, said: “Honda has had four Type R model derivatives – the Civic, Integra, Accord and NSX. The engine in this new Honda Civic Type R is unrivalled against all of them in terms of raw power, torque and engine response.

“In default standard mode, the Civic Type R is exceptionally agile, an everyday sports car with an enjoyable and fluid acceleration. Its’ new ‘+R’ button brings out a more dynamic and athletic car for the driver, sure to set pulses racing. The difference in character is immense. The ‘+R’ mode is extreme; the car is ideal for the track and will be appreciated by the genuine sports-driving enthusiast.”

The new Type R will follow in the footsteps of its predecessors with a six-speed manual transmission.