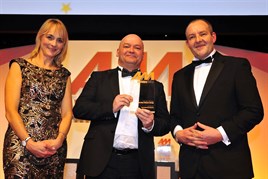 Jardine Motors’ fleet business is growing rapidly and delivered more than 10,000 fleet units in 2014, up 8% on the previous year.

Of this total, about 54% went to the national fleet market (leasing companies and larger end users), 33% to SME buyers – Jardine’s fastest growing segment – and 13% were Motability sales.

With fleet turnover at £137 million, Jardine celebrated 2014 with contract wins from big fleet customers such as LeasePlan and Arval, while retaining its customers from 2013. Lex Autolease judged it Dealer of the Year in 2014.

Long-standing relationships with existing customers demonstrate Jardine’s success in meeting and exceeding service expectations and success here has led to broadened business with existing customers. In 2013, it began supplying Prudential with Jaguar and Land Rover vehicles. This recently expanded to include Volkswagen and Porsche.

This year, Jardine is continuing to trial an aftersales strategy with LeasePlan to direct a larger proportion of work through its dealer network. Since its trial launch, aftersales transactions in one quarter increased 28% and in one month 60%.