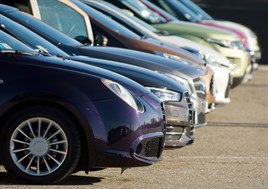 It means the period of record market growth has now reached its 35th consecutive month.

However, a look at the table below of registrations by type (retail, fleet and business) reveals retail sales were down 5.1%. The first fall in four years.

The growth in company car registrations has been particularly strong, up 18.1% on January 2014, said the Society of Motor Manufacturers and Traders this morning, which when looking at the overall figures can mask the drop in retail units.

A total of 4,598 alternatively-fuelled vehicles registered in January, up 60.8% on last year’s figure of 2,859. This was the strongest monthly growth in fleet since December 2013, as relatively high levels of cars registered by fleets in 2011 now reach the end of their three year replacement cycle.

"January saw increased uptake of both petrol and diesel cars, while demand for alternatively-fuelled vehicles continued its surge with registrations rising by 60.8%. Registrations of plug-in vehicles were particularly strong as consumers responded to a greater choice of makes and models delivering lower running costs.

"Last year’s 9.3% rise in the overall market was fuelled by stronger than expected economic confidence and, for 2015, we expect to see some levelling off throughout the year: demand is back to pre-recession levels following record-breaking growth."

Chris Sutton, managing director of finance provider Black Horse, said: “The overall UK car market continues to be a beacon of success with both consumers and businesses demonstrating a clear willingness to purchase new cars.

"Manufacturers and dealers also believe that low rate finance has helped to sell new cars so we expect this to continue and this will be helped by the expectation that interest rates will rise at a later date than previously expected."

Douglas Robertson, chief executive of the Scottish Motor Trade Association, said: “We are just a little bit disappointed at this small drop after the record year of 2014.

"However, it does confirm our prediction a few months ago that the market would settle down during 2015 without any great increases or decreases over the course of the year.

Perhaps this slight drop reflects the fact that retail consumers purchases of new cars has fallen to below 50% for the first time for many, many months. That, in itself, might reflect a touch of overspending during the festivities.”

Looking forward to the remainder of the year, a number of factors are likely to have a positive impact on the market according to Colin Couchman, analyst IHS Automotive's light vehicle sales forecasting director.

"Among them include the quantitative easing announced by the European Central Bank, which is expected to have a positive knock-on effect for the UK economy; cheaper oil and the benefits this will have to fuel costs; and the fall in the exchange rate of the euro which will enable automakers and dealers to continue to offer incentives," he said.

"Also, a fall in inflation from lower fuel and a supermarket price war are also likely to put an interest rate hike by the Bank of England further into the future.

"This could result in a minor increase in IHS Automotive's current forecast, which currently sees the UK passenger car market growing 1.7% y/y to around 2.52 million units."

"Customers are now wanting greater connectivity and fuel efficiency, and we’ve certainly witnessed this demand. These new technologies will help to maintain and build interest in the industry, and consumer confidence may also rise due to the development of new safety and parking features. It will be interesting to see how the market responds to this over the course of the year, and the impact it will have on car sales." 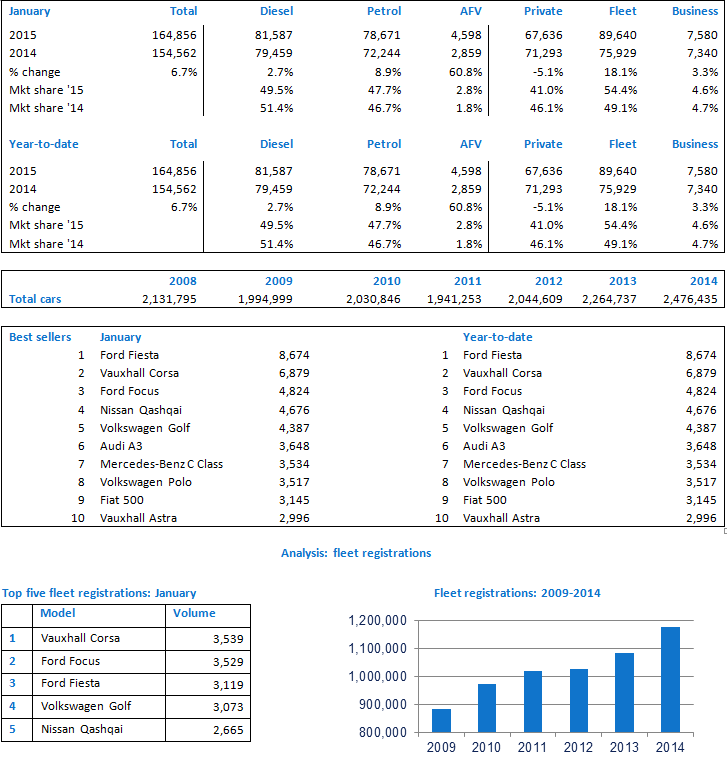 > Current and historic registrations and network data at www.am-online.com/ami