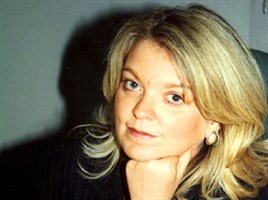 Mercedes-Benz has taken the place of Land Rover as the franchise dealers value most.

The German brand has scored the highest points in the latest, winter 2015 National Franchised Dealers Association Dealers Attitude Survey to the question 'how would you rate your manufacturer overall?'

The result comes on the back of Mercedes' success at the AM Awards last week. It took the Franchise of the Year Award, voted for by franchised dealers.

The NFDA received 1,554 responses - or 38% of total dealer networks covered - in its twice-yearly survey into dealers' relationships with manufacturers.

Twenty-eight franchises were surveyed. Mercedes achieved a score of nine out of 10. Kia is in second place with Suzuki and Audi in third and fourth place. Renault and Volvo have seen the most improvement, with the French brand seeing an above average score for the first time in several years.

Skoda dealers returned the lowest score (4.1) to the same question.

"Last winter, the score was 7.8, comfortably above the average score of 7.2. Last summer the score fell drastically to 5.4 and this has contined for this survey. The score suggests the network has significant issues," said Sue Robinson (pictured), NFDA director. Among them, the NFDA, noted was the pressure to hit targets and pre-register vehicles.

"It cannot be ignored that, like Skoda, Seat is from the same manufacturer stable and it also should be noted that Volkswagen, although performing close to the average at 6.7, fell by 0.4 points from the summer and 1.7 points from last winter," said Robinson.

Also at the bottom are Peugeot that scored 4.9 and Alfa Romeo at 5.0. Both have seen their scores fall since the summer; Peugeot by 1.2 points and Alfa Romeo by 0.9 points.

Renault and Volvo have seen the most improvement, both increasing their scores by 1.5 points to 7.0 and 6.2 respectively.

"This puts Renault firmly above the average for the first time in many surveys. The improvement is also marked by the fact that they have increased its score by a full three points since last winter.

"Volvo has had a much more erratic survey history. Its current score puts it just below average, much improved from its summer survey score when it was towards the bottom of the survey for this question.

"However, its scores have moved up and down quite significantly over the past few years, even scoring above average back in the summer of 2012.

"Honda on 5.5 and Subaru on 6.6 have also both seen marked progress in this survey, up 0.9 points and 0.8 points respectively."

The franchises that have seen the most decline since the summer are Citroen down 1.5, Skoda 1.3 and Peugeot 1.2. Citroen’s score of 5.1 is the lowest for some time and has fallen from a score in line with the average to one significantly beneath.

Peugeot’s score has for some time been beneath average but the score of 4.9 for this survey moves them to third from bottom in the table.

The NFDA reports that, based on survey results, dealers in general are dissatisfied with the target process with their manufacturers.

"This question has one of the lowest average scores in the survey suggesting dealers have a particular concern," particularly with Skoda, Citroen and Seat," said Robisnon.

"Also, there is a lack of confidence in the manufacturers' volume aspirations and that the situation is significanlty worsening. "Some dealers feel manufacturers are imposing stiff targets as they aspire to higher volumes as the new car market grows".

Commenting on the fall in retail new car registrations in January of 5.1% - the first negative result for nearly four years - Robinson said: "The decline is most likely caused by the fulfilment of pent up consumer demand created through the recession when buyers put off replacing vehicles due to the uncertainty of the employment market and squeeze on household budgets.

"As the country came out of the recession consumers returned to the new car market encouraged by attractive manufacturers incentives, competitive prices and low cost finance.

"This demand is now slowing down as customers have their replacement vehicles and in many cases are now tied into two, three or four-year finance plans. These customers will now flow back into the new car market in a more steady stream as these finance deals come to an end over the next few years."

How would you rate your manufacturer overall on a scale of 1 to 10?