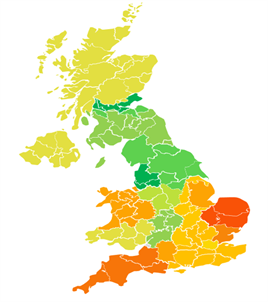 When it comes to car maintenance, there’s a common assumption: Londoners pay more than anyone else.

Surely all of that’s reflected in the bill presented to the customer?

Meanwhile, Londoners - and all city dwellers for that matter - must ponder whether they should have their car looked at the next time they pay a trip to see those in-laws in Norfolk or North Devon.

Well, what if I told you that London service/repair prices were almost exactly equal to the national average, while the UK’s extremities saw some of the highest pricing of all?

In its continuing look at the service sector WhoCanFixMyCar.com, the comparison site for drivers looking to have their car repaired or serviced, built up a detailed picture of what people are paying for car repairs in different parts of the UK.

Every month, around 8,000 motorists will use WhoCanFixMyCar.com to find a great local garage or dealership. Drivers tell the site what’s wrong - from an oil-change to a full-on restoration - and garages near them respond with a diagnosis and an estimated repair bill. When they’ve compared garage pricing, reviews and availability, the driver books in with their chosen outlet.

Over the years, we’ve built up an incredibly detailed picture of the UK motorist - the cars they drive, what goes wrong, and how they select a preferred garage or mechanic.

Cost analysis across the UK:

- We identified a ‘bucket’ of common repair types:Servicing (sometimes with MoT), clutch replacement, and brake and exhaust repairs
- We excluded outlying data to ensure we include only genuine quotes - no typo’s etc
- We weighted the repairs by likelihood. For example, cars are serviced more frequently than they require a new clutch
- We divided the UK into segments, using the latitude/longitude co-ordinates of our users’ postcodes, to build up a detailed picture by key town and region.

How did our towns and regions rank for our weighted bucket of repair types? 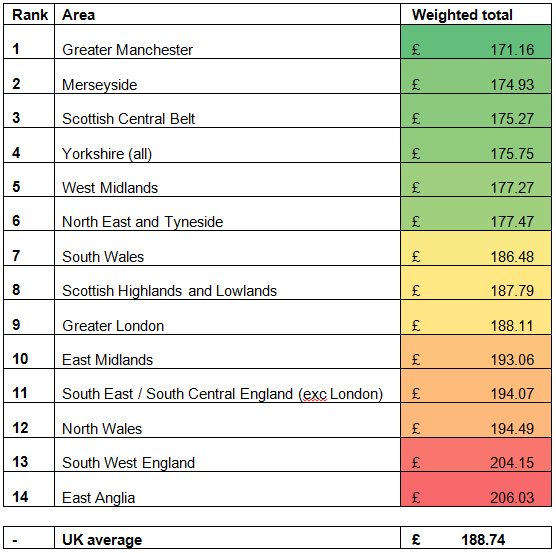 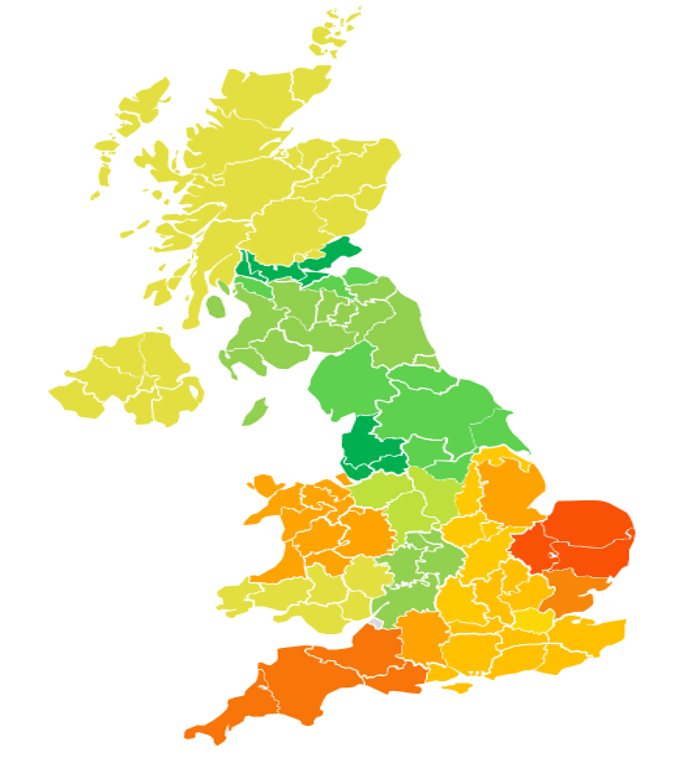 1. Prices do vary by location, with almost a 20% discrepancy separating the priciest and cheapest areas. With our previous data suggesting that the average service/maintenance spend per vehicle is almost £600/year, that equates to a difference of more than £1,500 spent across the average life of a car (13.2 years)

2. It’s clear straight away that prices in the northern half of the UK are, on average, lower than in the south, with Manchester, Liverpool, Newcastle, Glasgow and Edinburgh all in varying shades of green

3. But there’s more to it than that. Garages and mechanics sheltering in the hills and valleys of the UK’s rural idylls don’t, in fact, offer bargain-basement expertise. Indeed, their prices tend to be higher than those within nearby cities. Observe, for example, that London prices are below those of the South East as a whole, or the difference between Scotland’s central belt and the surrounding areas.

What’s behind these trends?

It’s certainly true that wages and rents in the south of the country will be higher, overall, than those in the north and in Scotland. However this doesn’t explain the higher costs in rural areas as a whole. Our theory comes in three parts:

1. Price competition amongst urban garages may be higher. City-dwellers will be familiar with areas in which competitors sit cheek-by-jowl

2. Urban garages may make less margin on each job, but compensate with an increased volume of work. Result? Their prices can sit a little lower

3. Finally, the cars coming into city-based garages may be smaller and/or older, making them simpler to work on, and with cheaper parts, too.

Regional heroes: a selection of WhoCanFixMyCar.com's top garages in the UK