How much of a carmaker’s marketing really matters? 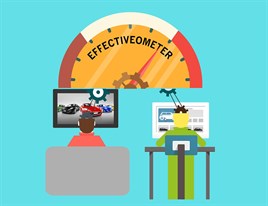 The automotive sector’s partnership between manufacturer and front-line dealer is unique, a joint-venture journey to sell cars and build a trusted brand. Promoting new product to potential customers is vital to success, but how important is the car maker’s marketing strategy to the retail network?

Dealers often report that when their brand turns on the tap labelled ‘national campaign’ there is a measurable stream of traffic on their websites and in showrooms.

Steve Young is managing director of International Car Distribution Programme (ICDP), a research consultancy with a focus on the pre-purchase process. He said that with more than 40% of customers now only visiting dealers of the same brand – because they’ve made their mind up what car they want – the onus is on the manufacturer to get the customer’s attention.

“The trick is to get on the consideration set in the first place,” he explained. “In some research, half the customers buy the car they first thought of. It’s understandable, but means it’s important to get them on the retail website and feed them through to the dealer.”

Key to that is good old-fashioned advertising. “The media landscape in automotive is very traditional,” according to Paul Smith, strategy and planning director at marketing agency RLA. “It’s to be expected in an industry which is relatively slow to change because of the nature of the product. Customers respond massively to above-the-line advertising, which means TV, radio, press and outdoor. This is much to the chagrin of modern marketing directors.”

Television is expensive for carmakers, but effective

“People sit at home, watch Coronation Street and an advert comes on. The first thing they do is jump on their iPad or phone and investigate the product. There’s a direct correlation. That’s why TV advertising is still popular with car manufacturers.”

He says there’s constant internal pressure for brands to move further away from TV because it costs so much. The minimum price of a single 30-second advert during the recent final of The X Factor was £200,000. Clearly, there are only so many of those any brand can afford.

Smith said: “Yes, it’s a big cost, but the stats prove there will be increased traffic and enquiries online, and the dealer phones will be ringing with people asking ‘have you got that car I saw on Saturday night?’. The truth is that TV is utterly essential. If you’re not on TV, you won’t grow your brand.”

Dan Pitt is associate director of ad agency HPS Group and head of business on its BMW retailer marketing account. He describes the national advertising process as “ice-breaking” and says dealers love it. He believes they feel reassured that a new model launch is being supported by highly visible adverts, and it creates an easy starting point for any customer conversation.

AM Poll
How has the COVID-19 pandemic affected your attitude or mental health? Please leave a comment
Vote
View all
691