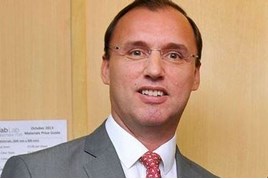 The Leeds-based business bought the operation for an undisclosed sum as part of a growth strategy which aims to strengthen it sourcing capability in China and the Far East and make it the UK’s “leading specialist Japanese and Korean car parts player”.

News of the takeover came as Andrew Page announced a 12% increase in turnover, to £192 million, in its first full year financial results since its 2014 refinancing.

Andrew Page said that its growth is key as Japanese and Korean cars now make up around 20% of the UK car market.

Sumner said: “There is a very good growth opportunity for us in Japanese and Korean car parts.

“We are actively pursuing a differentiation strategy. Our key brands are increasingly differentiated from what competitors are offering and acquiring Solid Auto drives that further.

“Our goal is to be the UK’s leading specialist Japanese and Korean car parts player.”

Mark Price, managing director of Solid Auto, said: “I am confident there will be significant benefits across the group given our expertise in Far East sourcing and detailed understanding of the market.”

Andrew Page, which is owned by Colton Mill Holdings, has also published new annual results showing a 12% increase in turnover to £192 million.

Chief executive, Mark Saunders, said: “We are delighted with the trading performance.

“It is the result of a lot of hard work by the whole team at Andrew Page for which I am very grateful.”

An Andrew Page spokesman said that the business had invested £15 million in the last financial year as it prepared for growth in turnover and profitability, including nearly £8 million in a 500-strong fleet of new vans.

The company also invested more than £1 million in a state-of-the-art telephony system to transform communications across the business, which has 108 sites and 2,300 staff.

In addition it has increased capacity by 40 per cent at its central distribution centre at Markham Vale, off the M1, and invested £500,000 in a new online platform retail.andrewpage.com.

Finally, it added 21 new sites with the acquisition of select assets from Unipart Automotive in July 2014.

Saunders said: “We have a growth strategy, a wonderful distribution network with overnight capability and we remain very optimistic about the future.”