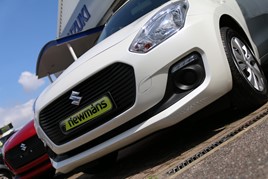 Richmond Motor Group has completed the acquisition of Newmans Southampton and revealed plans to grow its business with the opening of four more dealerships in the next 18 months.

The addition of the new Suzuki site, which was brokered by Motorvise, means that Richmond Motor Group now has 14 franchise locations and one used car supermarket, covering an area from South-West London to Portsmouth and Southampton – employing over 550 people.

A statement issued by the group today (May 27) also revealed that the group harbours plans to open a further four franchise car dealership locations “despite the issues caused by COVID-19”.

Portsmouth-based Richmond Motor Group joined the AM100 in 2019 - the highest-placed newcomer with a £141.3 million turnover putting it in 92nd place - but it said that recent growth had already seen its elevated to the status of a £250m business.

Last August the business completed the acquisition of Sparshatts Group, in a move which saw it add Skoda, Suzuki and Mitsubishi franchises at Fareham and a Skoda dealership at Botley.

Its ongoing growth plans will aim consolidate its strategy of working with specific brands in their “South Central” geographic area and founder and managing director, Michael Nobes, said that strengthening the group’s portfolio with Suzuki through this wekk's acquistion on Newmans would help to ensure its “long-term resilience in our chosen market”. 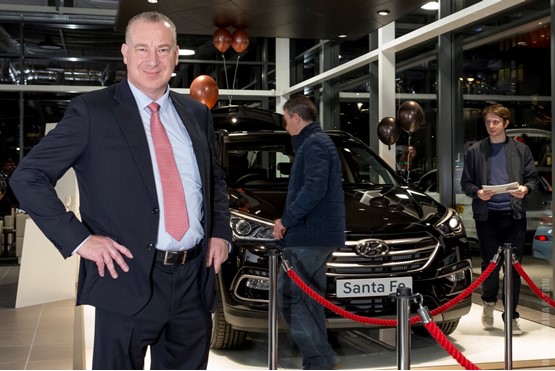 “Despite the issues caused by COVID-19 I am confident things will bounce back,” he said.

“We are encouraged that our dealerships will be opening from the June 1 and have been working hard to make our customers safe at all our sites.

“We have implemented the ability to sell cars on-line, for those customers who do not feel able to come to the showrooms in person.

“This means that we are ready for a new way of working, protecting our customers and building on our relationship with them for the long-term.”

In a joint statement issued following the completion of this week's acquisition, Guy Foster, the former managing director of Newmans, and Nobes said: “This is a deal that works for everyone, Richmond acquire the franchised business to add to their Suzuki presence locally and it allows an exit strategy for Guy who has other interests to pursue.”

Foster said. “It was not an easy decision to exit the business, particularly after three years of record growth and winning several industry awards.

“Due to the COVID-19 issue, which was an unknown threat at the time of the deal being agreed, I have committed to stay on in the business unpaid for a number of months to ensure the long term happiness and stability of the fantastic team here at Newmans whilst integrating with Richmond.

“Garry Rowles, co-owner, will take up a long-term position within Richmond to provide continuity in the business.”

AM reported today that another Suzuki franchise, two-site Progress Group, had been forced into liquidation by the enforced COVID-19 coronavirs lockdown of its two sites in Milton Keynes and Kettering,

Nobes is confident that he has inherited an "extremely healthy business" in Newmans, however, and said that he intended to apply many Richmond’s “cutting edge processes” to leverage further profit oppotunity.

But he added: “For the time being it is an extremely healthy business with a great team of people and we intend to leave the business operated by Guy and Garry alone.”

Sam Nobes, Richmond Motor Group’s operations director, added: “Richmond has a number of unique ways of operating that put us significantly ahead of other dealer groups in the way we market our business and maximise profitability.

“Our entire business is about delivering an exceptional customer experience and treating our colleagues and customers like friends of the Richmond family.

“We have found Guy and Garry to be true gentlemen and a pleasure to work alongside in this transaction and we hope to continue working alongside them for some time to come.

“We are a quarter billion-pound company now and we have ambitions to multiply the size of the group again over coming years without losing the family feel.”

Fraser Brown, the managing director of MotorVise, said: “I am delighted this acquisition has come to fruition.  It’s a transaction I took personally as Guy is such a great person to work with.