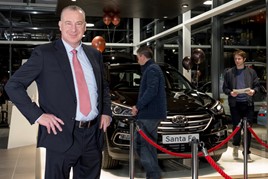 Richmond Motor Group has completed the acquisition of Sparshatts Group less than a fortnight after being named as the highest-placed newcomer to the AM100 ranking of the UK largest franchised car retailers.

The Portsmouth-based group said in a statement issued today that the deal, which was brokered by MotorVise (Automotive) Ltd, would see the business “shoot to the middle of the rankings” of the AM100 within the space of 12 months following its debut announced at the Birmingham Metropole on June 19.

Commenting on its growth with the completion of the acquisition of Sparshatts, Richmond Motor Group founder and managing director, Michael Nobes, said that diversifying the group’s portfolio would help to ensure its “long term resilience in a tough UK market”.

He added: “Despite a general downturn in the UK automotive sector, all our existing businesses have seen significant year on year growth, which is testament to the fantastic team of people we employ.

“We intend to apply many of the Richmond cutting edge processes to the Sparshatts business to leverage profitability and returns.” 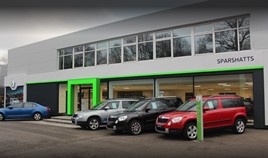 The newly-acquired Sparshatts Group consists of Skoda, Suzuki and Mitsubishi franchises at Fareham and a Skoda dealership at Botley.

A number of the Sparshatts directors have retained the company name along with the group’s four non-franchised used car outlets, however.

The addition of the new franchised sites means that Richmond Motor Group now has 12 franchise locations and one used car supermarket, covering an area from South-West London to Portsmouth and Southampton – employing over 500 people.

Today’s statement from the group revealed that it also harbours plans to open a further four franchise car dealership locations within the next 12 months.

Its entry into the rankings came eight months after the acquisition of a former Fiat and Abarth showroom in Drayton.

November last year also saw the group join the MG Motor UK network with the opening of franchises in two newly-renovated showrooms in Portsmouth and Southampton.

Sam Nobes, Richmond Motor Group’s operations director said: “Richmond has a number of unique ways of operating that put us significantly ahead of other dealer groups in the way we market our business and maximise profitability.

“Our entire business is about delivering an exceptional customer experience and treating our colleagues and customers like friends of the Richmond family.

“We are a quarter billion-pound company now and we have ambitions to multiply the size of the group again over coming years.”

In a joint statement, Louis Jones, managing director of Sparshatts and Michael Nobes said: “This is a deal that works for everyone, Richmond acquire the franchised business’s to diversify their portfolio of brands and it allows an exit strategy for some of the Sparshatts directors whilst allowing others to reinvest and expand in a consolidated used car business.

“It works for all the brands involved but most importantly all the existing staff are retained in one of the two businesses.”

Fraser Brown, Managing Director of MotorVise, said: “I am delighted this acquisition has come to fruition.

“It’s one of those deals that works for all parties, the Sparshatts team, all three franchises, and clearly it massively enhances the Richmond business.

“I’m so proud to have been supporting Michael and his team for the last six years and I’m delighted that this acquisition has seen them shoot up the top 100 dealer group league.

“Richmond are special customers who readily adopt new ideas, are open minded and truly customer focused. That’s what has driven one of the fastest, self-funded growths I’ve seen in the UK automotive sector.”